Ever since I started this blog in 2012, I’ve been using Octopress to generate the pages and push to generated content to GitHub Pages for hosting. Octopress is a set of scripts and helpers built on top of Jekyll and provided a lot of convenience in the form of deployment helpers, themes and scripts.

Unfortunately, Octopress fell out of maintenance many years ago (2015?) and has been stagnating ever since. As a number of Octopress users have before me, I decided it was time to migrate the site back to vanilla Jekyll. I also wanted to refresh the look and feel as version I had was beginning to feel … dated:

I also wanted to continue managing the deployment client-side (as opposed to using automation via GitHub Actions).

In the event this helps anyone, here’s the process I followed.

Once copied over there will be some build failures when you try to run jekyll serve, such as:

Instead of hunting down an alternate plugin, for most of my build failures the issue was resolved by converting Liquid Tags versions of img, blockquote, and others to the pure Markdown versions instead.

I chose to use the Chirpy theme for Jekyll as I like the dark look and navigation layout.

Following the installation and configuration steps was straightforward, however the one gotcha I hit was with Jekyll Pagination. Because I had both an index.html and index.md file in the blog root, the paginator wouldn’t work until I deleted index.md.

Since I use GitHub Pages to host my site I wanted to be able to switch back and forth between old and new layouts while testing. I’m quite happy with the Octopress approach of deploying using rake tasks, so I just copied over parts of the existing Rakefile as follows:

Since the _site directory where Jekyll generates content is in the .gitignore, we can initialize a new Git repo here:

Once this is set up we can then build the site and publish it to a dedicated branch in our GitHub repository (I used master2 in the above example): 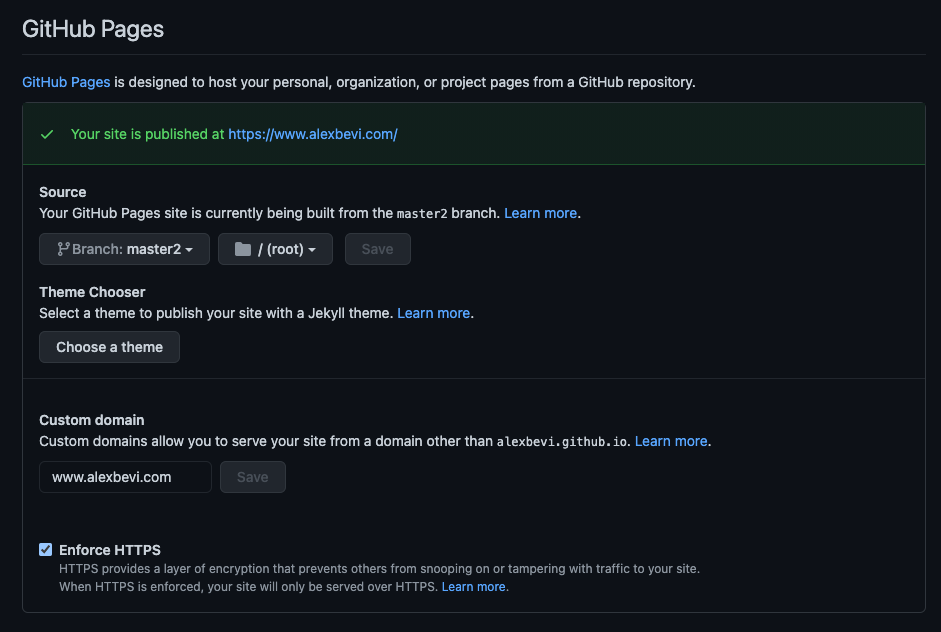 After changing the GitHub Pages source branch in our repository in GitHub, the blog was now using the new layout.

While working on my post about finishing Robotrek, I found that I had taken a lot more screenshots than would fit nicely with the amount of copy I intended to write. I hope to be done the just fin...

My Blog is FINALLY PROFITABLE!

I signed up for Google AdSense in January of 2015 in hopes of subsidizing some of the time I spent writing with ad-based revenue. Without doing any research I quickly formed some baseless expectati...

I was looking for a plugin or an include to easily add LinkedIn support to the share options for my posts. A quick Google search came up dry, so I figured I’d just roll my own. In order to acco...