Starting in MongoDB 4.4, mongod / mongos instances now output all log messages in structured JSON format. This includes log output sent to the file, syslog, and stdout (standard out) log destinations, as well as the output of the getLog command. 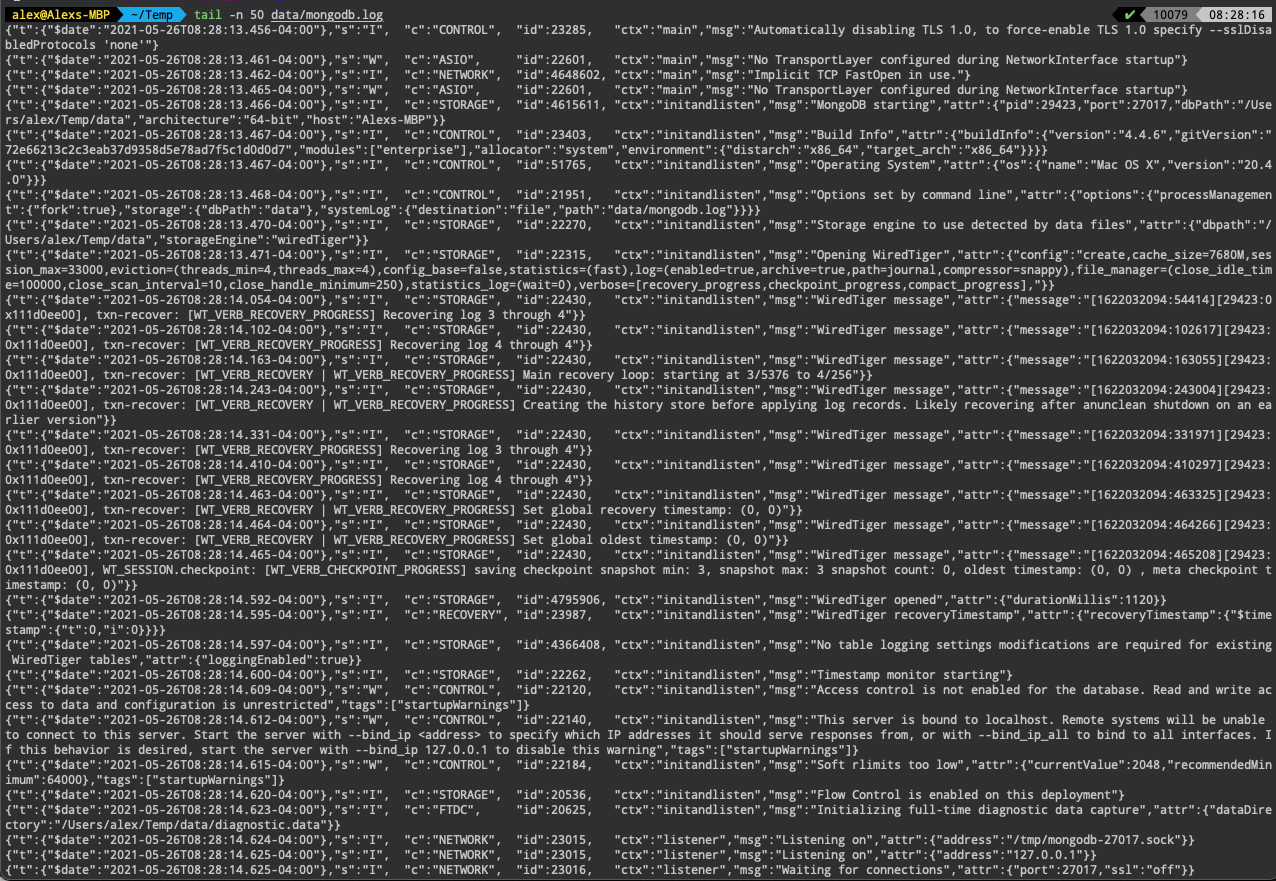 The documentation includes Log Parsing Examples using the jq command line utility, but what if we want to tail the logs and produce a similar result as to what was present prior to the introduction of structured logging?

Tailing the log now (tail -n 30 data/mongodb.log) will show the structured log output that is the default in MongoDB 4.4+, however using jq we can reformat (and colourize!!!) the output using one of the following: 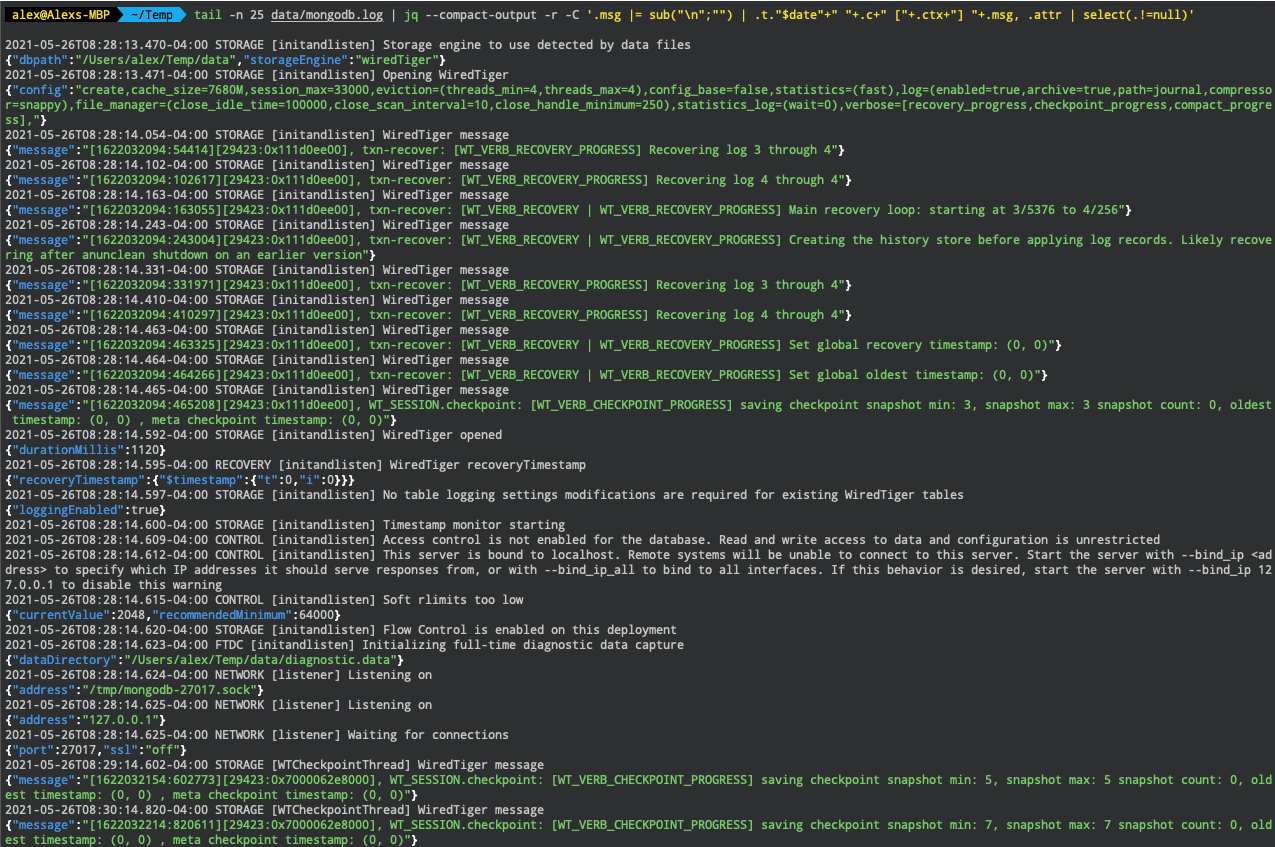 To render these escape sequences on screen while also tailing the logs in follow (-f) mode try the following:

Note the stdbuf and sed commands can be installed on OSX via brew install coreutils gnu-sed. 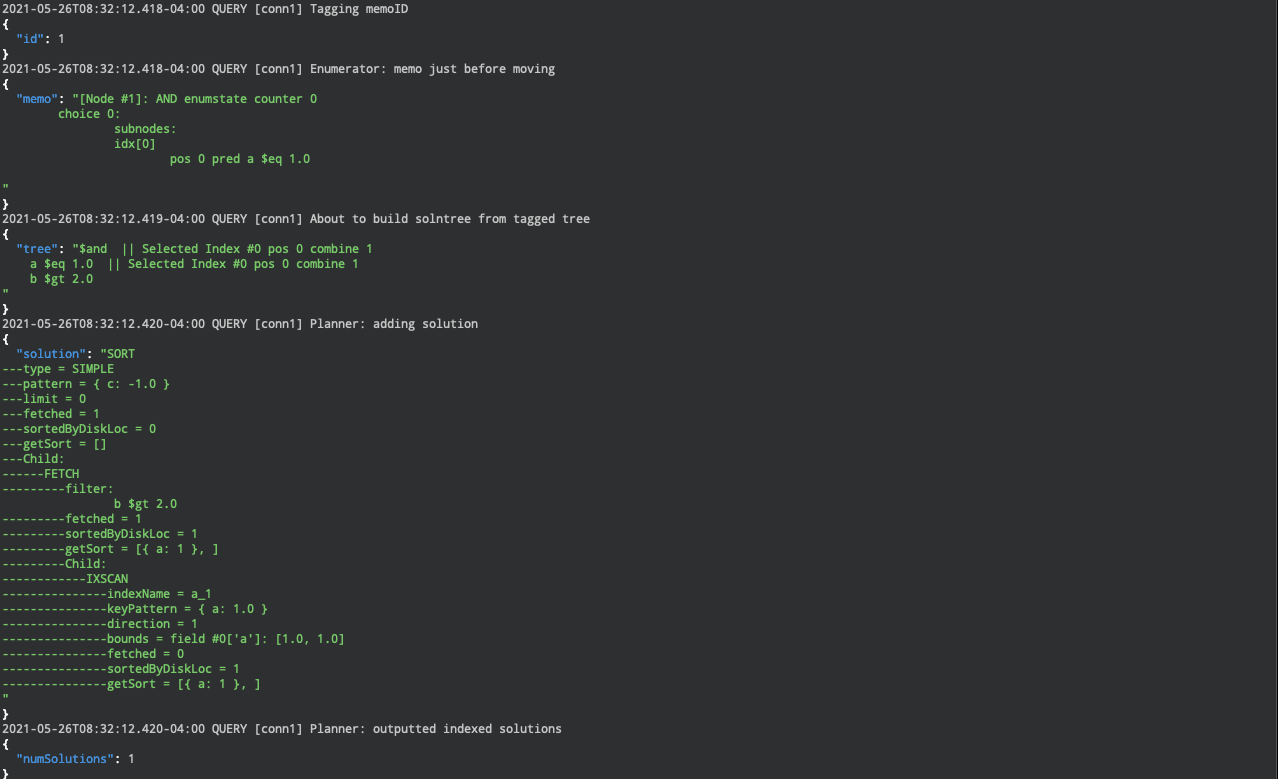 I personally find this a lot easier when monitoring a node’s logs while troubleshooting.

Let me know if you find this useful :)

As of August 13th, I am no longer a System Architect at DAC Group. I have a public post on LinkedIn that got some good traction, but to summarize it was time to move on. I’ve been a software engin...

The goal of this post is to provide a first hand account of what it means to be a Technical Services Engineer at MongoDB, as well as what the journey getting to this point has looked like for me. ...

The N + 1 queries problem is a common issue Rails applications face whereby iterating an array of models and accessing an association results in a sub-optimal pattern of recurring queries. To addr...