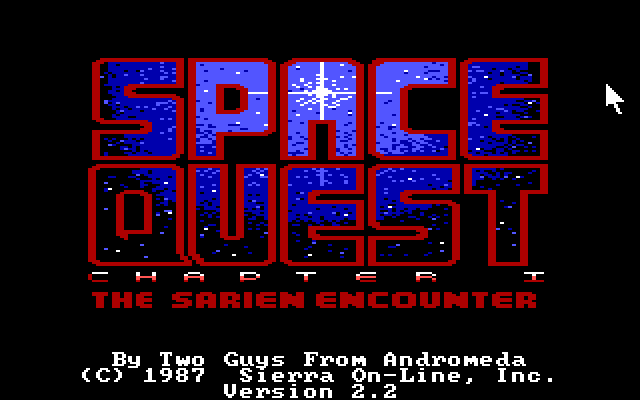 Though I’m pretty sure I played King’s Quest first, Space Quest is the game that really stands out to me as being a “great game of that era”. What set this title apart was the use of humour throughout the story, interactions with characters and the environment and the (countless) pitfalls and death traps. Series designers Scott Murphy and Mark Crowe (known as the “Two Guys from Andromeda” in later games) wanted to do something not set in a medieval or fantasy atmosphere, and also with the goal of creating a “fun, silly game”. 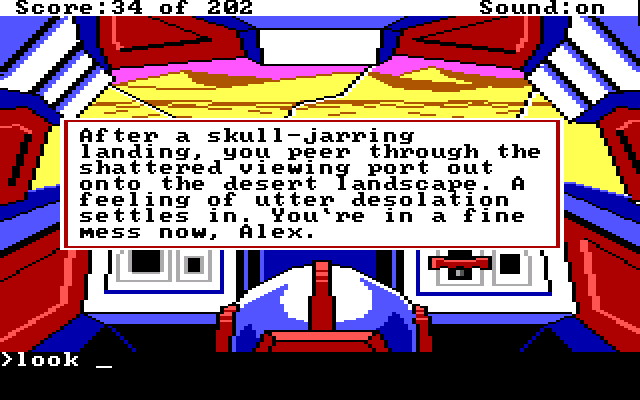 You play as a bumbling janitor aboard the starship Arcada. Later games would identify the lead character as “Roger Wilco”, but here you enter your name and take on the role of the character instead. While sleeping peacefully in your broom closet you awaken to find the ship has been taken over by aliens who have killed all of your crewmates and taken the Star Generator. You must find your way off the Arcada, work your way through the desert of Kerona and find the Deltaur to destroy the Star Generator. 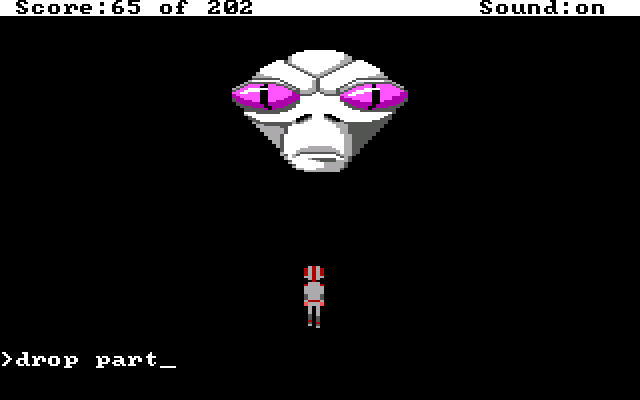 As with prior AGI titles, you interact with the game via a text parser and move about with the arrow keys. The game’s main theme song is extremely memorable (even the original on PC Speaker), and there are background noises and interaction sounds throughout the game. 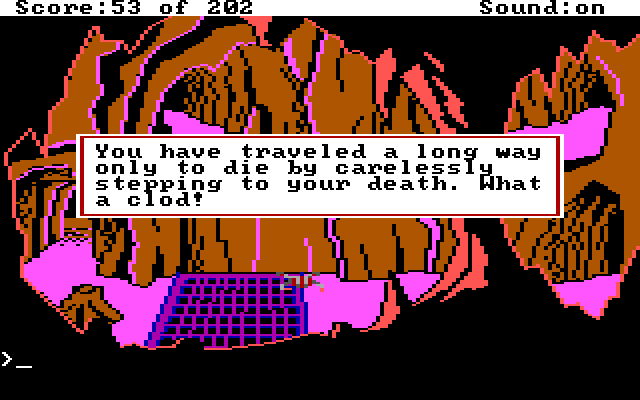 Essentially every single choice you make in this game can result in your untimely demise, so “save early, save often”. I found myself rotating through 5-6 save slots and saving on every screen. The messages you get when you die are really funny though, so I’d encourage you to purposely make mistakes just to see how they describe your death … then reload :P

The story is very straightforward and the puzzles aren’t overly difficult. When you’re in Ulence Flats and need to buy a ship and a droid to get off the planet, you find the slot machine in the bar and can gamble until you get enough money. This part is a bit tedious (and the wrong jackpot WILL kill you), but overall progressing through the game wasn’t too challenging. 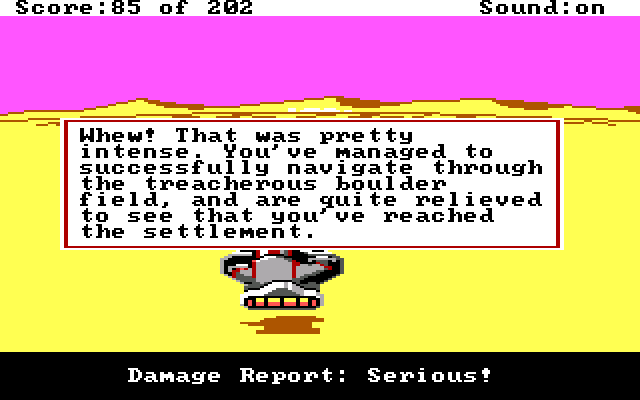 The journey to Ulence Flats involves a sand skimmer mini game, where you’re just avoiding rocks. If you hit 5-6 rocks you’ll be ejected and die and have to reload and try again, but I found if you drop the speed down to Slow it wasn’t too difficult. Lowering the speed also helps once you’re on board the Deltaur and get a gun and have to shoot first (like Han?) once you lose your helmet.

I’d highly recommend playing through this game. If text parser games aren’t your cup of tea, Sierra remade this title using the SCI engine in 1991. This remake is a point-and-click interface and updates the graphics from EGA to VGA and features digital sound and music. Though I said I wouldn’t cover the VGA remakes for this series, I’m guessing I might end up making an exception here … 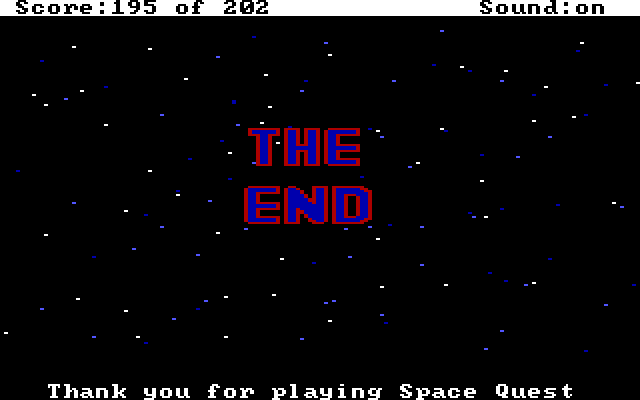