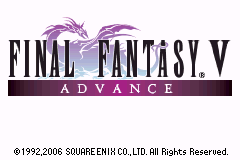 I’ve been waiting write this review for a very long time. I love the Final Fantasy series, and although I got the original back in ‘90, I didn’t really fall in love with the series until I played IV for the SNES. Then I played VI. Then I was REALLY hooked.

Since I didn’t grow up in Japan, FF IV and VI were numbered II and III when I first got my hands on them. This means that I didn’t know there was a Final Fantasy V; at least not until much later.

The game starts off with the king of Tycoon heading off to check on the wind crystal, only to watch it shatter. The hero Bartz (Butz when I played the fan translation :P) sees a meteorite fall from the sky and heads off to investigate. Bartz and his Chocobo go to check it out, and find an old man who’s suffering from amnesia.

The king’s daughter, Lenna, heads out to find her father and runs into Bartz and Galuf. They team up and the adventure begins. 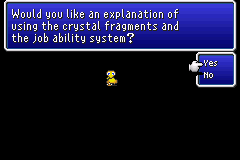 Once at the wind shrine, they find that the crystal has shattered and within each shard is the power of a job class.

This introduces you to the job ability system. If you’ve ever had a chance to play Final Fantasy III, you’ve see this system in action, but in FFV, it’s done to perfection :)

These abilities can then be applied to a character regardless of the class they’re assigned to. For example, you can give a white mage black magic abilities (if you’ve leveled up a black mage for that character).

This gives you a lot of control over how you build your characters as the game progresses. 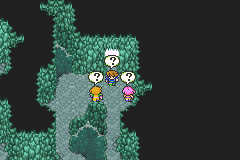 The storytelling in this game is very well done. Although the plot is pretty standard Final Fantasy fare (crystals, amnesia, evil emperor, main characters dying), the writing was pretty good and the character emotion pop-ups added a nice touch as well.

I enjoyed the elements of comedy they tried to incorporate into some of the scenarios and characters. After playing this game, Gilgamesh is probably my new favourite non-player character in the series. This might also have to do with Clash on the Big Bridge being my favourite song from this game ;) 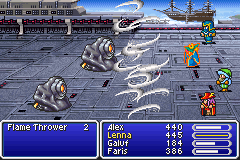 The battle system is the same as in FFIV (Active Time Battle system). You can fight, use items, or up to 2 abilities you’ve learned from gaining AP and leveling up your classes.

I didn’t find the battles overly difficult during this play-through, but I’ve been focusing a lot on grinding in the last few games I’ve covered, so this could just be a result of me over leveling.

So as you progress through the game, you discover that the ultimate evil, Exdeath, was banished to your world by the four warriors of dawn. Now you and your party need to become the new warriors of dawn to fight him again. 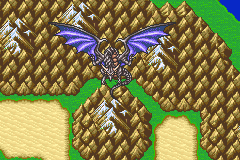 You have to get the ultimate weapons for each character class, you can go on some side quests to get some powerful summons and eventually go after Exdeath.

There is one fight in Exdeath’s tower that I just couldn’t win, and that was Shinryu. I didn’t bother to upgrade my equipment after a while as I just hoarded my money to use Gil Toss against everybody. As a result, Shinryu just decimated me every time I tried … so I just gave up.

I thought the story was really compelling, and I found the whole alternate worlds overlapping “thing” to be a nice twist, though it felt a bit like what happened in FF III. Actually, just like FF III, you even have to race a chocobo around the world to get an item … 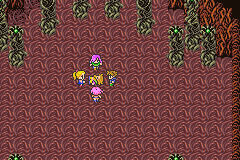 I teared up (just a bit) when Galuf’s flame was extinguished by Exdeath. I was a bit worried that since this game follows FF IV it was possible they would do the whole “everyone who died is magically back to fight again for no reason” that happened with Yang, Cid, Edward, Tellah … etc. Fortunately (?), this wasn’t the case and it’s actually a very emotional point in the story.

I would strongly recommend any fan of JRPGs spend some time on this title. If I were ranking my favourite FFs now, Final Fantasy V would probably show up in the top 5 :)

As for where I’m going from here, I’m currently about 6-8 hours into Pokémon Emerald. I’m sort of enjoying it, though it feels like a watered down version of Earthbound (just my initial impression).

I’m also about 4-5 hours into Tales of Destiny, but I’m not really enjoying this title and likely won’t go back to it.

Feel free to leave me some feedback on whether or not I should continue the above, or if you’ve got a recommendation for the next title I tackle.

I’ve played a lot of RPGs over the years (JRPGs mostly) but have somehow managed to hear little to nothing about the Fire Emblem series. My focus was mostly on the Final Fantasy series, as well ...