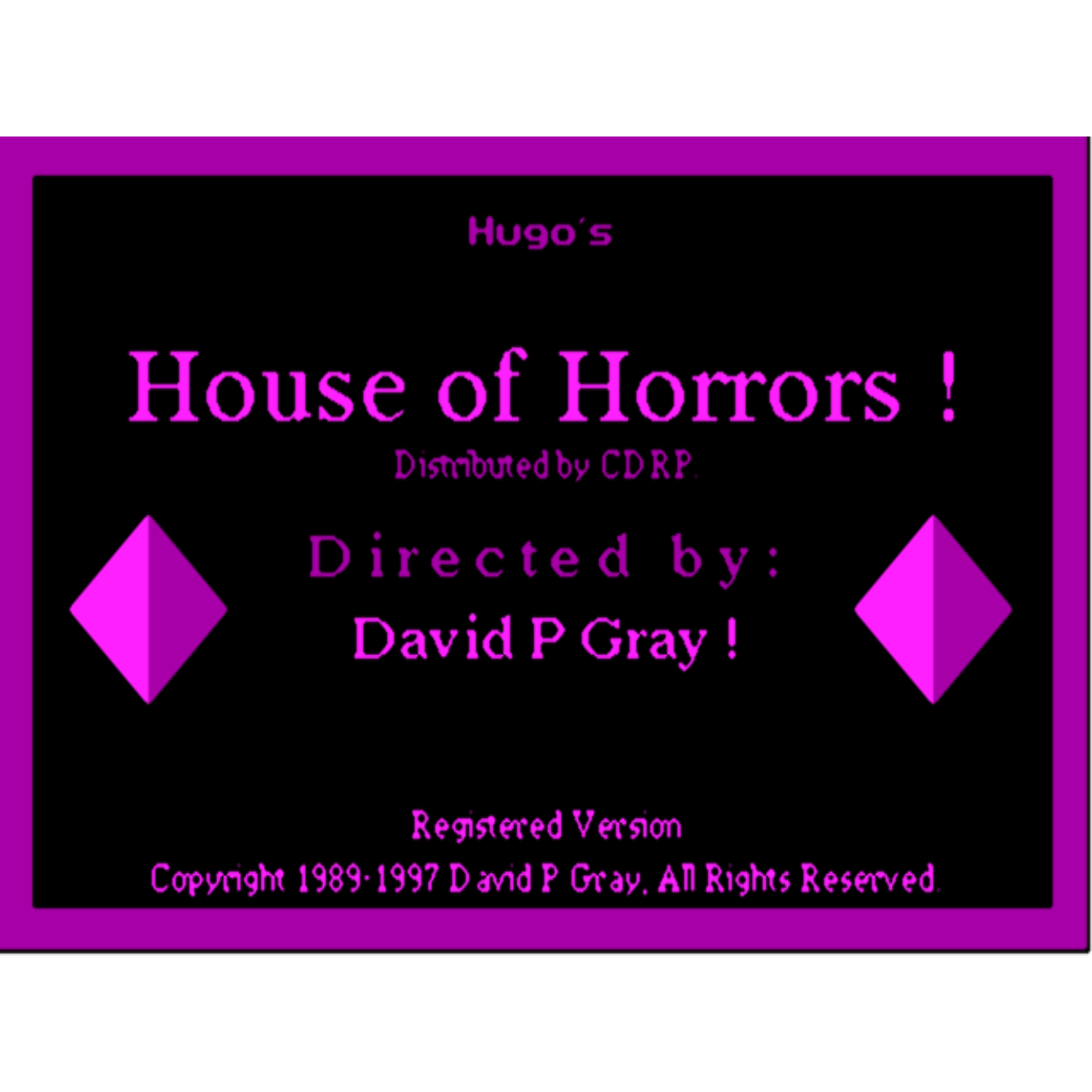 Hugo’s House of Horrors is a parser-based adventure game designed by independent software developer David P. Gray and published as shareware by Gray Design Associates in 1990. The game follows the character Hugo as he searches for his girlfriend Penelope in a haunted house. 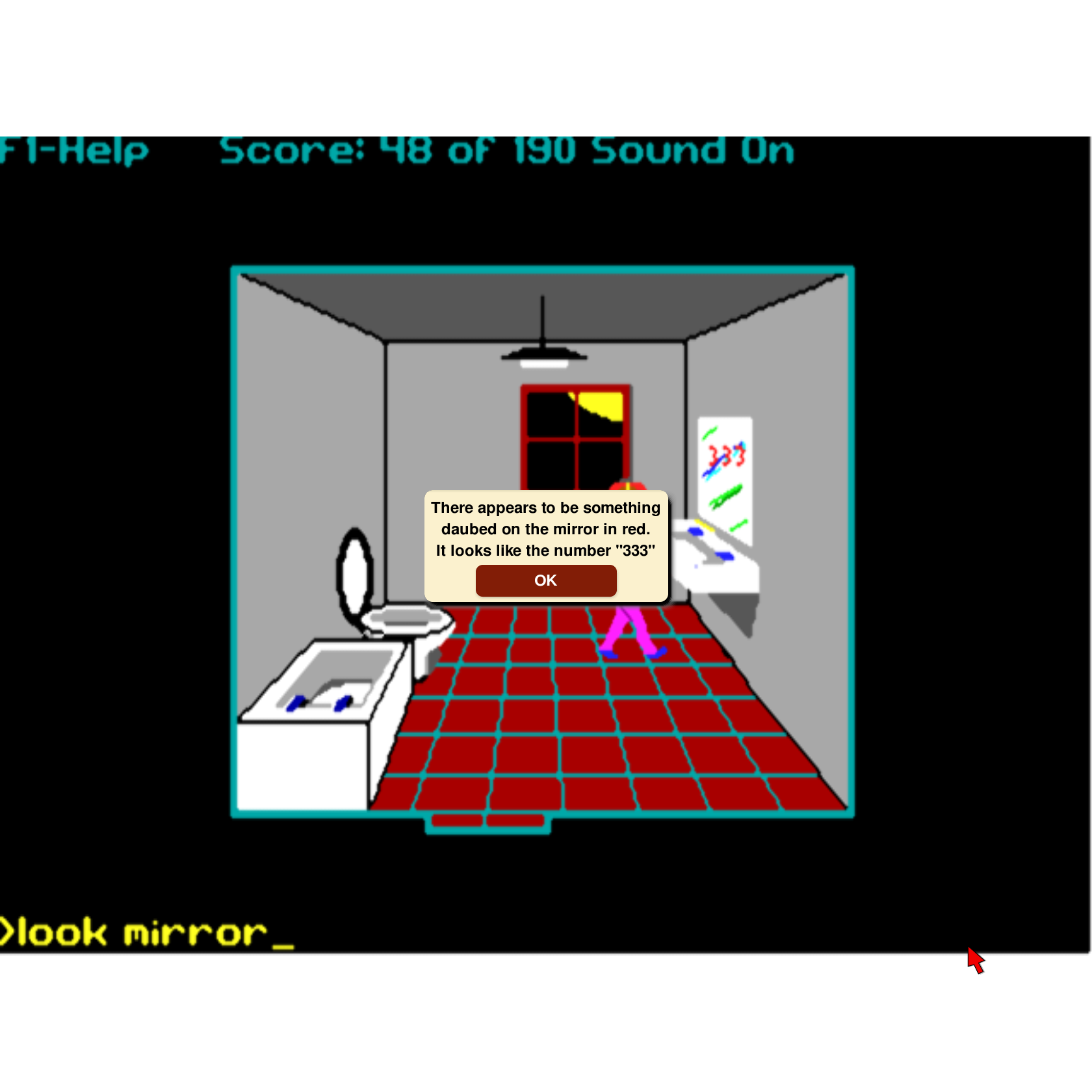 This is another text parser driven game. The commands required to interact with the game world are pretty simple (and obvious … usually). Though I’ve been a huge advocate for playing as many of these adventure games as possible using ScummVM, I have to admit that I really did not like the text feedback being rendered using ScummVM’s modal subsystem. As functional as it may be, it’s a bit jarring and just feels out of place. 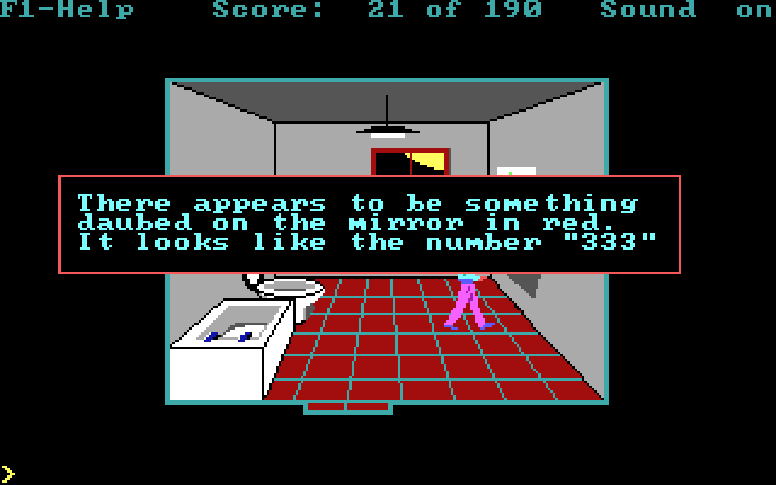 The above screenshot was taken using DOSBox to run the game instead to compare the two interfaces. 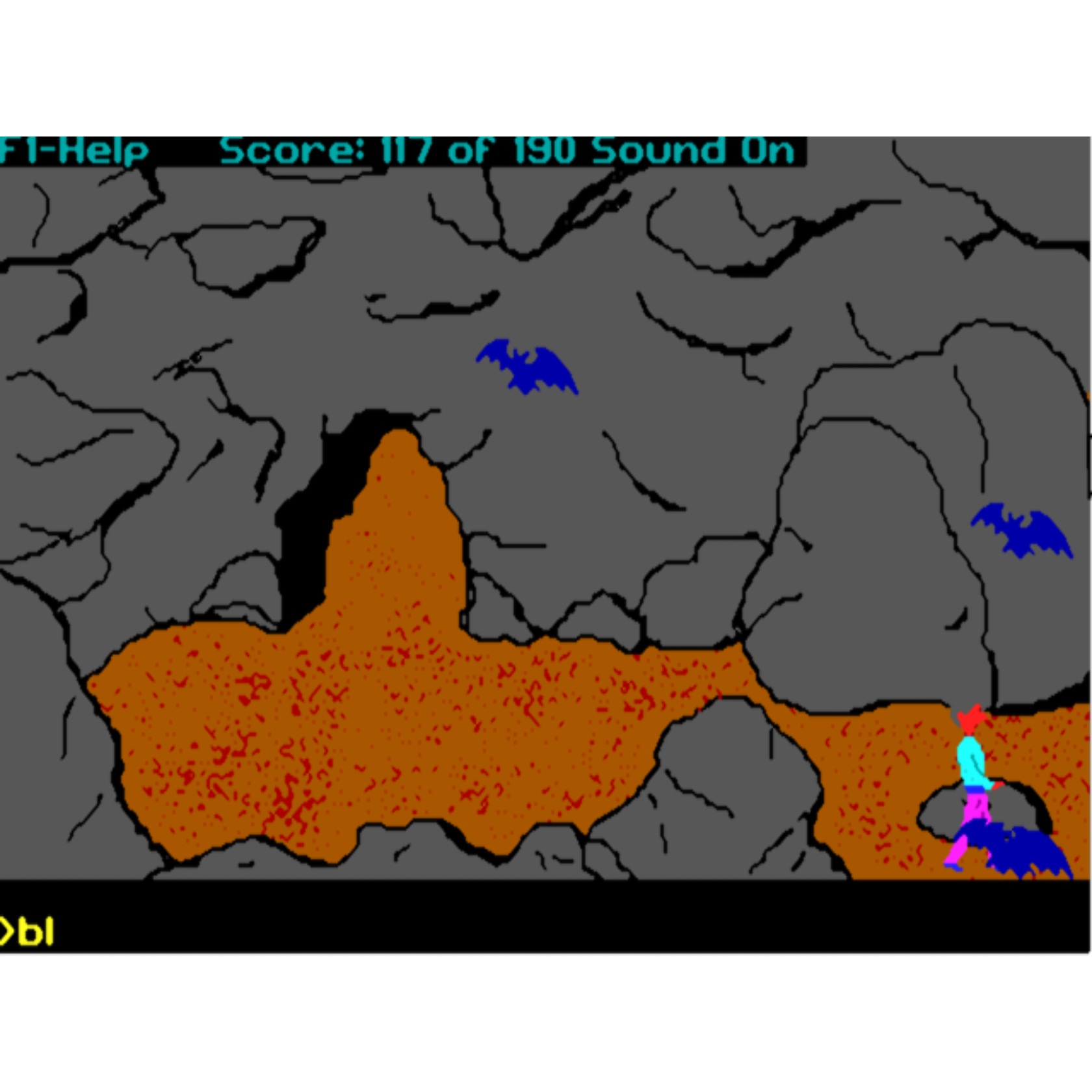 Aside from basic inventory management puzzles, there are also timing puzzles that involve moving Hugo to the right place in the room quickly enough to not get killed by the enemy(ies) on the current screen. This is most prominent in the basement when you figure out you need to walk between the boulders to advance to the next screen then immediately get killed by the bats. You have to blow a whistle to confuse the bats, but even after you do this if you were still standing in the wrong spot the bats will still kill you.

The mummy on the next screen is a similar pain in the ass. You have to move through the room following a certain pattern to get the mummy trapped behind a rock so you can advance to the next screen. 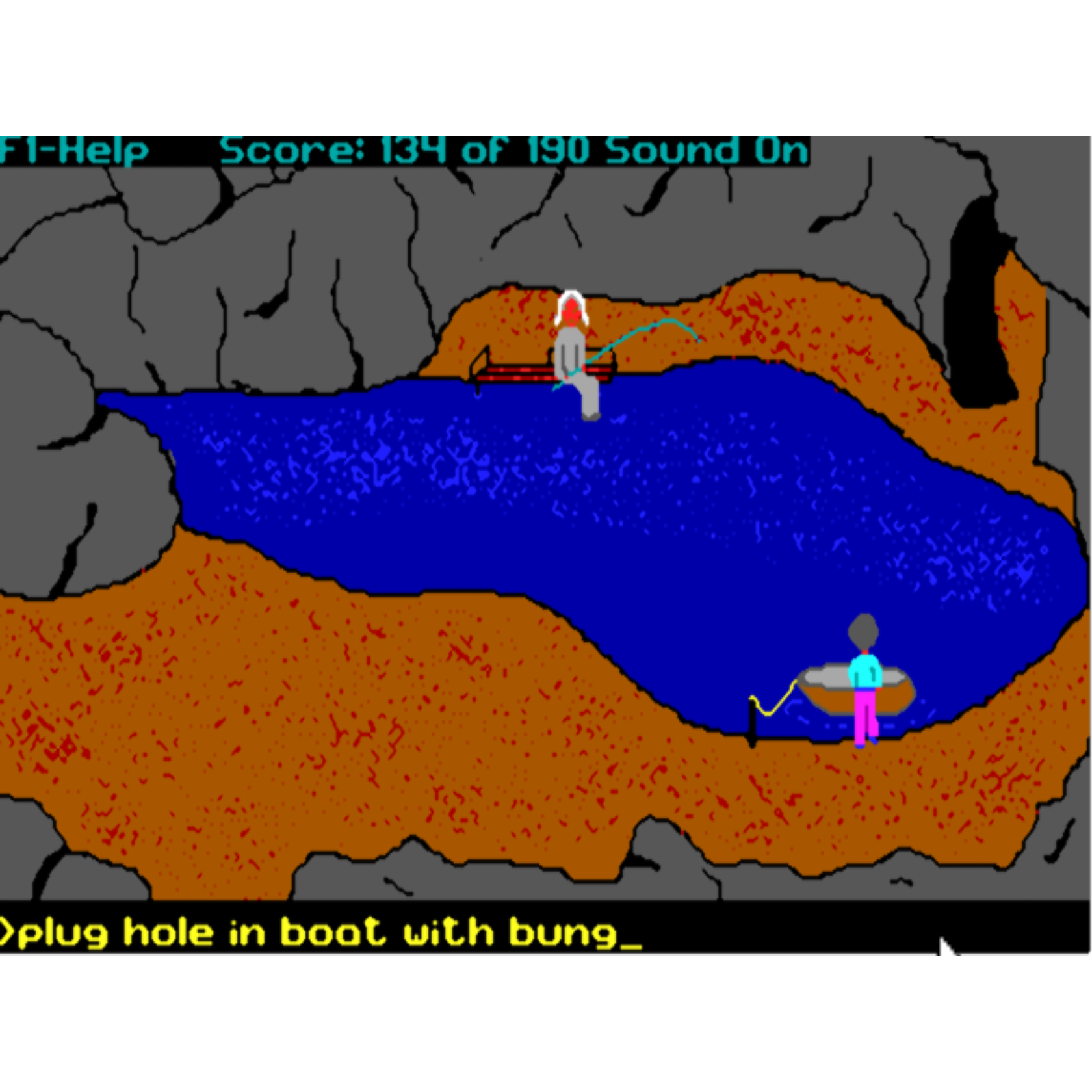 What I remember most about this game was that it was my first (pre-internet) experience getting so frustrated with a game I bought the “strategy guide”. This title was released as shareware (kids, ask your parents) - which I ended up buying the full version of … by sending David P Gray money in the mail and he sent a floppy disk back.

When I got to the boat in the basement I had zero fucking clue how to plug the hole in the boat. I tried every possible combination I could think of and came up with nothing. I send David P Gray more money so he’d send me a strategy guide (which he did) only to learn I need to USE BUNG to fill the hole.

This was likely a “U.K. English” thing as 10 year old Alex did not know what a fucking “bung” was - nor that I should use it on a hole in the bottom of a boat to fill a hole. Sigh. 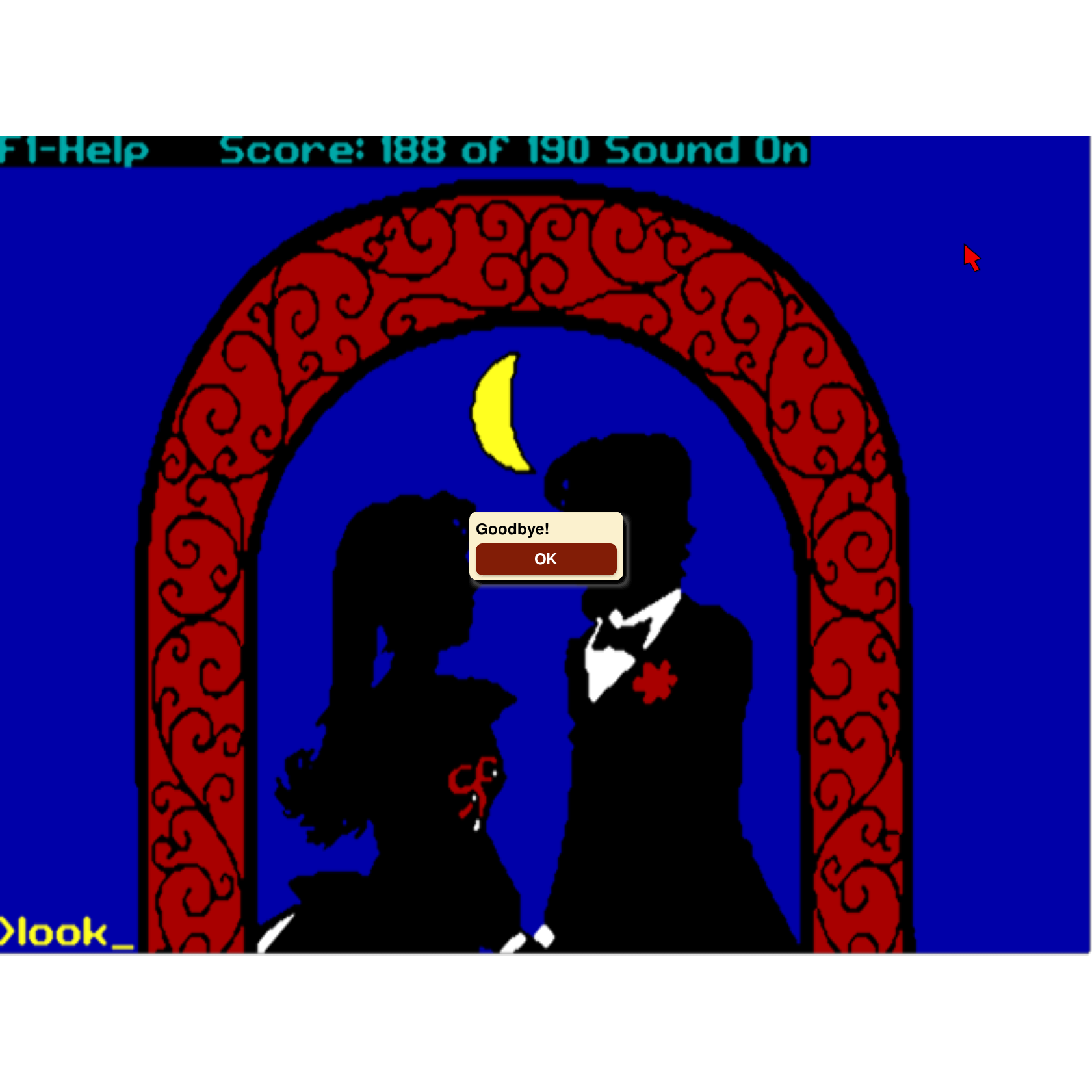 You find Penelope in a subsequent room, escape from this “house of horrors” and get married - the end.

The game really isn’t bad for a text-parser game late in the life of text-parser games. David P Gray would go on to release two more titles in the Hugo trilogy (which I’ll get to eventually). You can still buy the games directly from the author from his website. I’d recommend going there just to bask in the glory of a webpage that still feels like it’s from 2001 :D.