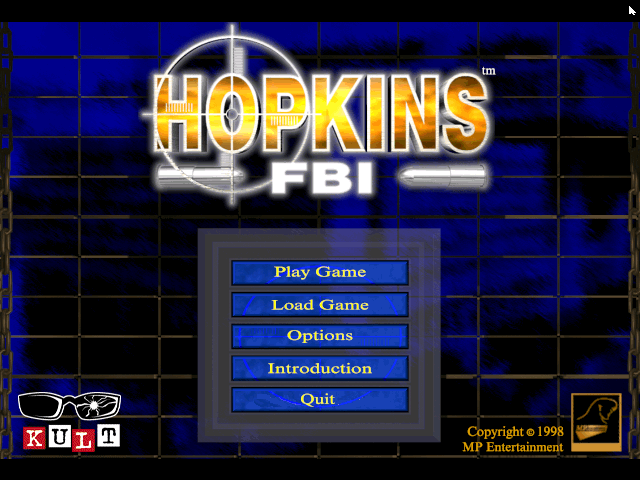 Hopkins FBI is a 1998 adventure game from MP Entertainment, most famous for very large (at the time) amounts of gore. Players assume the role of FBI agent Hopkins, who is on the trail of a criminal mastermind named Bernie Berckson. The pursuit takes the player through a variety of locations, including the FBI headquarters in a modern fictional city, a tropical island, and a submarine base. 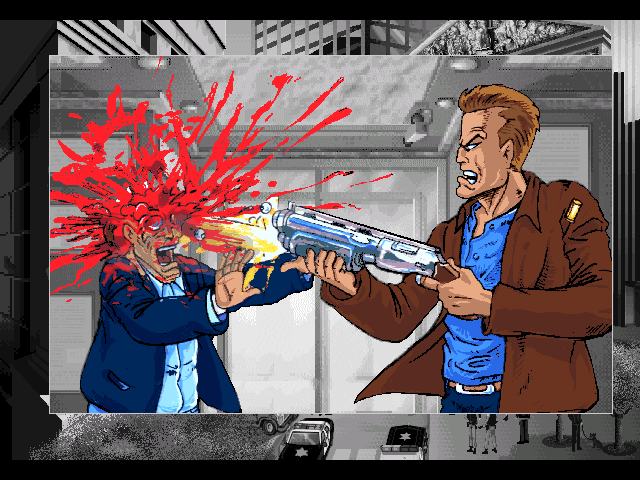 They promised they wouldn’t hurt the hostages … LIARS!

When this game first came out I actually bought a copy directly from MP Entertainment, which came in the mail on a CD they’d burned and attached a press-on label to. Since I was 17 when this game came out I can clearly remember being drawn to it because there were promises of excessive violence … and some nudity … 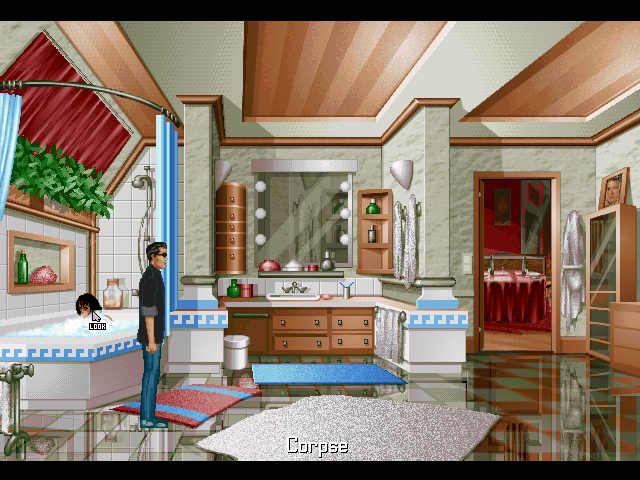 The gameplay is pretty standard Point-and-Click Adventure fare at this point. You move Hopkins around the screen moving the mouse over everything to see if the cursor changes. If it does, right-clicking will cycle through various interaction options (Take, Read, Move, etc) depending on what the object is. 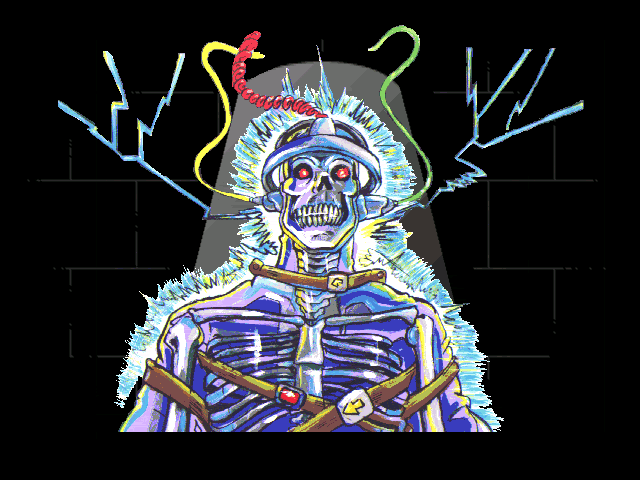 You start off watching a convict (Bernie) be executed, but somehow after seemingly being killed the lights go out and he escapes from prison. I can’t remember based on the story if you were the one that initially arrested him and put him on death row, but apparently he’s out to enact some complex revenge on you and you need to track him down and stop him. 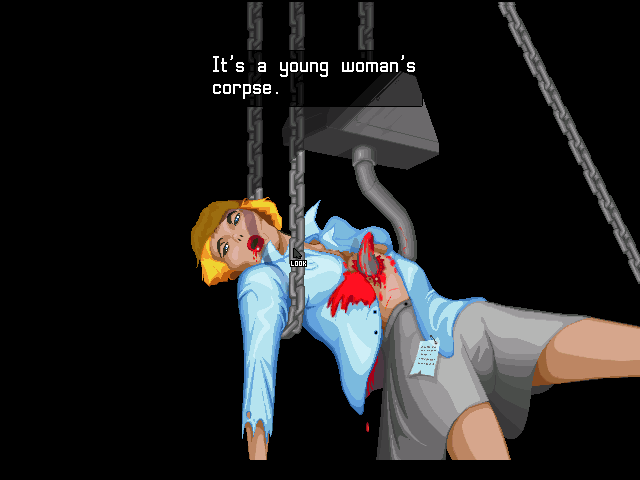 Bernie’s killing spree involves young women, each with a clue at their body leading to the location of the next victim. Moving around the first area of the game is pretty straightforward and is reminiscent of [Police Quest 1(/blog/2022/03/15/police-quest-1/), though you can just click on the location you want to go to and it’ll auto-drive you there. 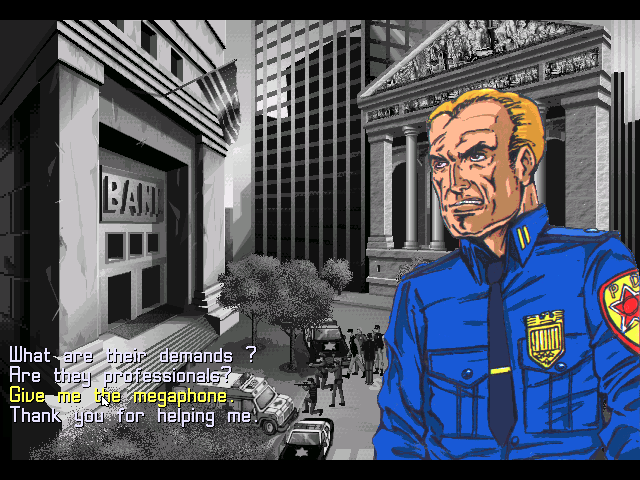 When you first leave your apartment the dispatcher will tell you there’s a bank robbery in progress, so you go there first. Interacting with characters is also standard fare with dialogue options presented as a list you choose from, with most options giving generic details and a key few helping to advance the plot. 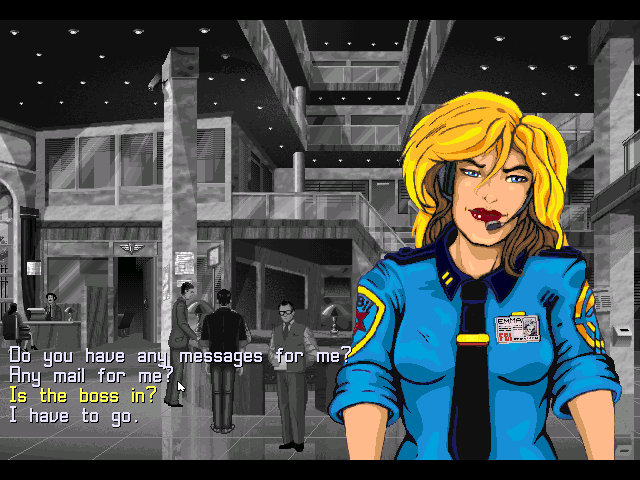 The voice acting in this game is really something to behold. I’m not sure if they just got people around the MP Entertainment office to do one take of each character’s lines or what, but it really is bad. Like … really bad.

Not having voice acting at all would have exponentially improved the overall experience of playing this game.

What is interesting about this game though is they include some arcade-style elements to break up the monotony. While hunting for clues (using the key from your girlfriend you literally just shot and killed) on one of the office computers you find a Breakout game you can play. It’s not great … but it’s there. 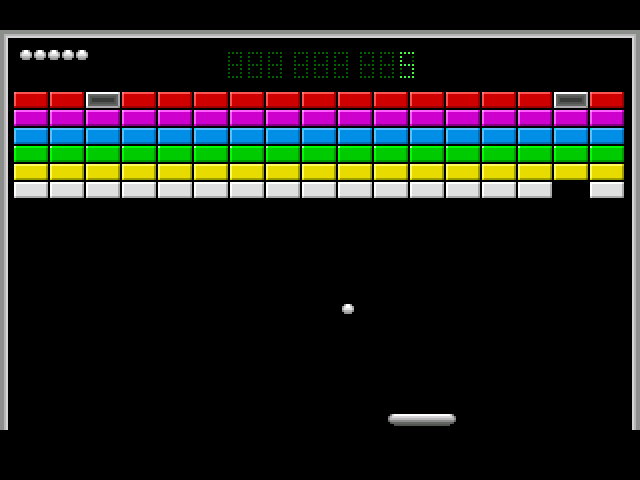 There are some interesting elements to the story, though the pacing seems a bit off. You’re trying to find Bernie by finding murdered women, who give you clues to other murdered women’s locations … but the motivation isn’t super clearn. The last clue takes you to the shooting range, where you murder your girlfriend by accident then … go back to her apartment to watch the video attached to her corpse. 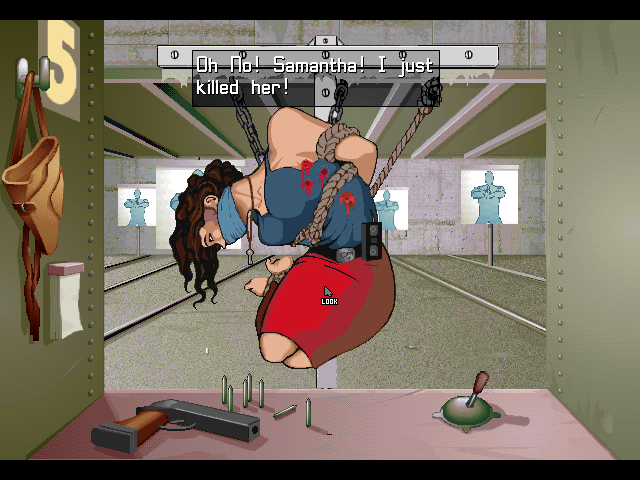 At one point you are killed and wind up in purgatory, which you need to escape from to be reincarnated in your body so you can continue the investigation. This actually ends up being a plot point as Bernie has figured out how to leverage this process to do something with clones and have them take his place (or something …). 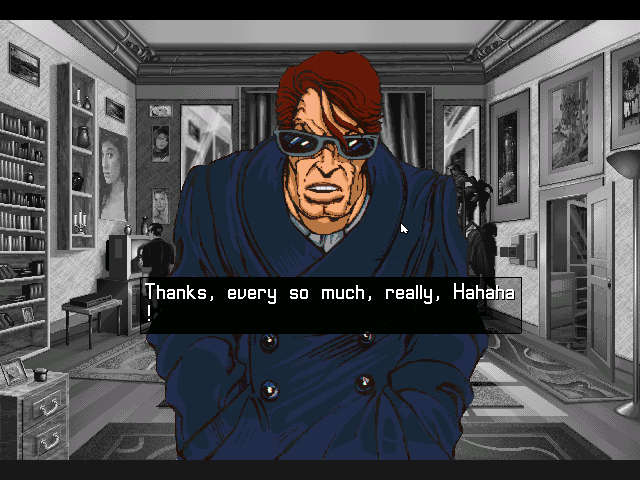 This purgatory/clone thing was kind of interesting but wasn’t fully baked and winds up being really confusing. There is clearly a seed of a good idea planted in this game, but the execution fell flat. 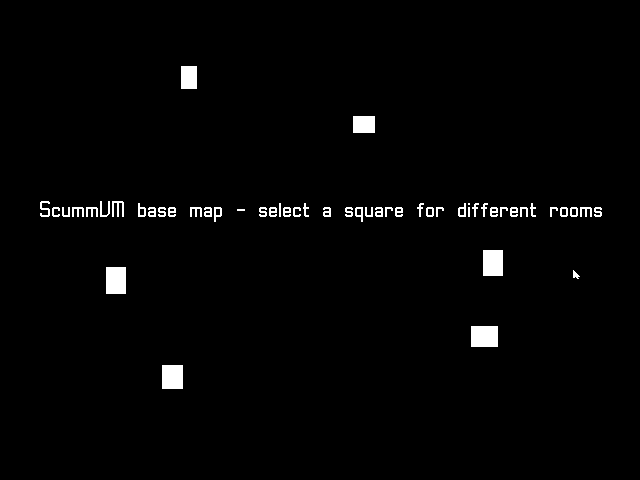 My playthrough used ScummVM, which didn’t implement the Wolfenstein 3D styled maze/shooter in the underwater base during the final chapter. After watching a long play on YouTube though (Hopkins FBI LongPlay 2 of 2) I don’t think I really missed out on much, and it allowed me to move through this portion a lot faster. 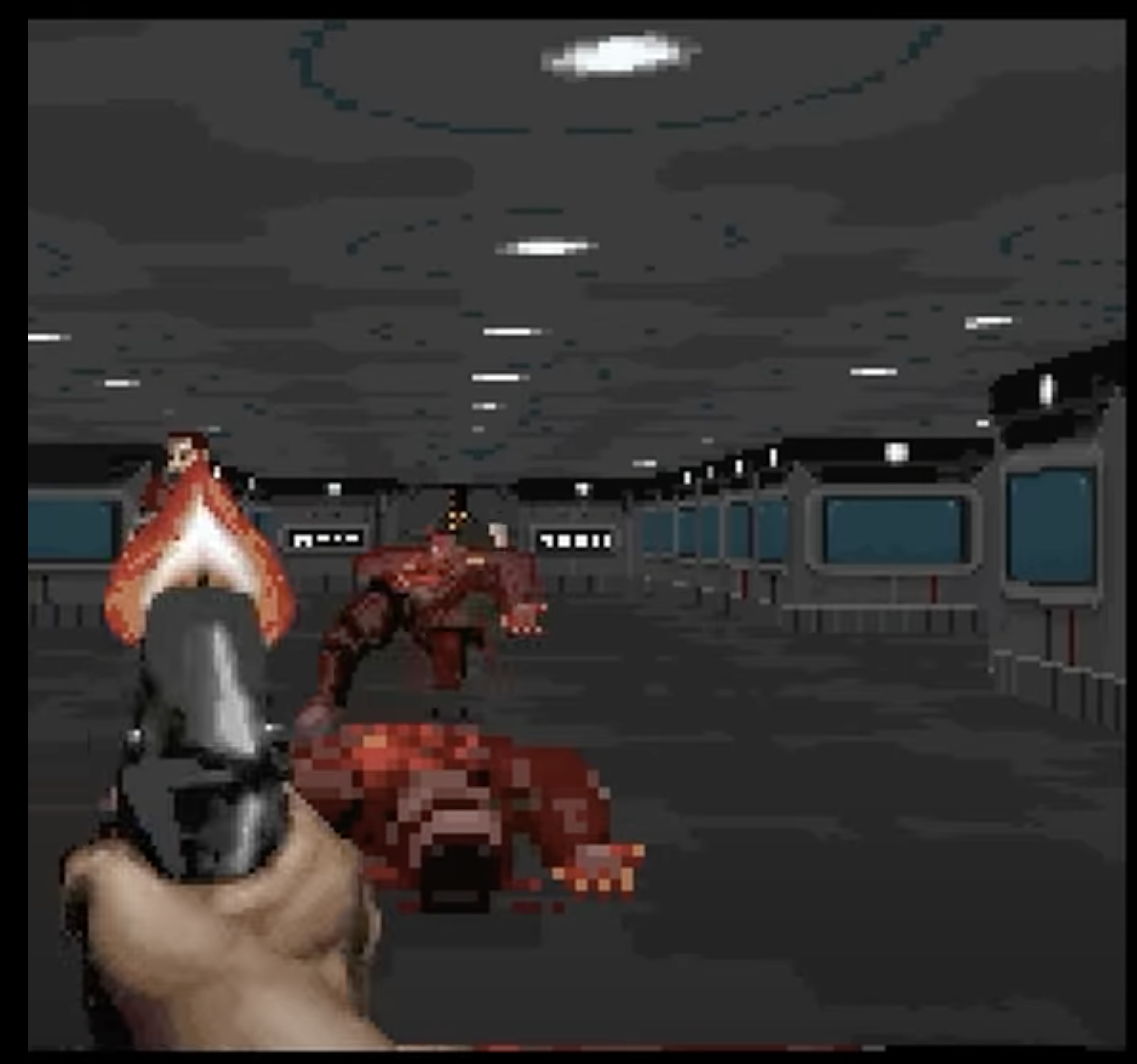 Yeah this looks cool, and is … once … then it just drags on and on

The endgame really fells mashed together. You need to resurrect your dead girlfriend, which involves you creating and killing a clone of yourself to go back to purgatory to find Samantha and convince her to come home. You then need to both push a button to open a ground hatch so you can jump through and have the final confrontation with Bernie play out as a scripted (boring) sequence. 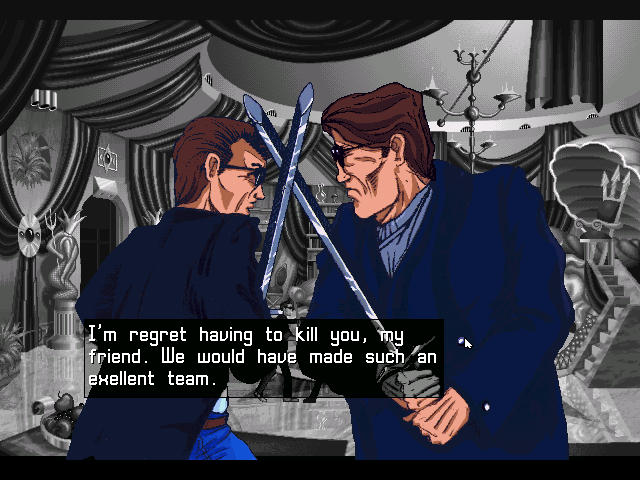 This might have been fun to play, but just sit back and watch because that’s it for this game 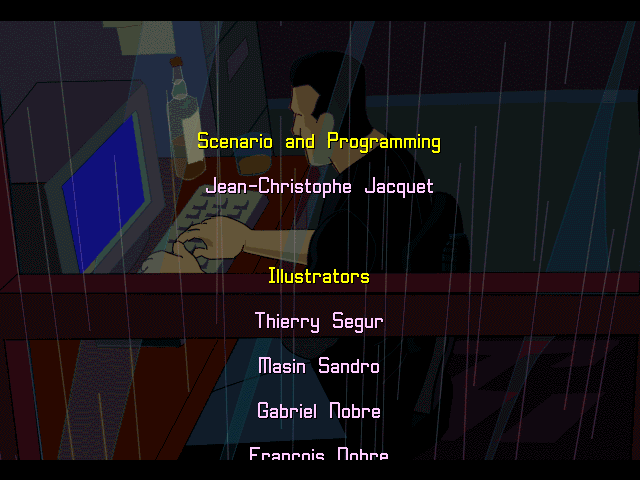 This is one of the earliest examples (for me personally) of a game being released for Linux. At the time I was branching from Windows and was starting to play with the early Linux distributions available at that time. Though I didn’t buy this game for Linux, I think the fact that it was being made available for Linux helped draw me to the title.

The game also attempted to up the musical quality by including a couple songs by The Troggs, but the way they looped these just makes them annoying. The music throughout this game is actually extremely distracting and only enhances the experience in rare occasions.

Overall this was an “OK” adventure game, but I wouldn’t really recommend it.

Will Upgrading My MongoDB Server Version Break My Application?