I was planning on writing this review a while ago, but it turns out I nuked my phone and lost my progress so I had to start all over again. I originally started this on 2014-09-26, but I kind of lost my motivation … and I started playing Terranigma, which is pretty awesome so far. 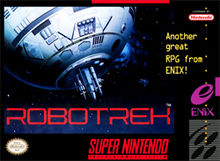 In my ongoing series of articles about old games that I never got around to playing, today I’m going to tackle Robotrek.

Robotrek is a silly RPG that revolves around “getting to the bottom” of a situation involving a group calling themselves the “hackers” who are disrupting the peace of your home town of Rococo.

The story follows your character, who wants to be an inventor, and right off the bat learns how to make robots. As you progress through the game, you’ll eventually be able to build three robots, which can be swapped in an out during battle. 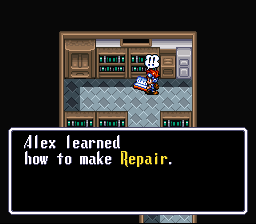 These robots can be upgraded with better weapons and armour by reading books you find throughout the game.

You’ll also learn how to make items and some useful tools that will help you solve various puzzles. 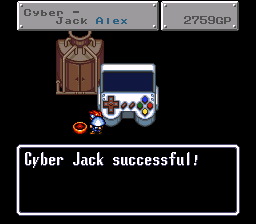 Since you’re an inventor in this game, one of your main tasks is to combine items you find in order to potentially make new items. Although this is useful a couple times, I found I didn’t really need to use it beyond the first part of the game where you make the drill. 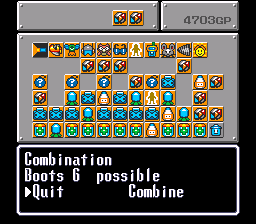 Battles in this game are pretty straightforward. You equip weapons to your robots, then use them in battle either directly, or you can program sequences that allow you to run multiple attacks in succession. This approach can kill enemies faster, but will require you to charge up for longer, and therefore be vulnerable for longer as well.

The fights are extremely repetitive, and it doesn’t help that there only appears to be a single battle theme that loops constantly. I played most of the game with the volume off due to this :P 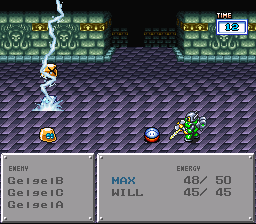 Once you get to the volcano and find the Sword 4 in a chest, the random battles become exceedingly easy (for at least the next 3/4 of the game). This weapon is just ridiculously overpowered at this point and you’ll find yourself just spamming it in order to quickly proceed through the story.

Boss battles tend to be very dependent on what level you’re at when you enter the fight. Most battles I had to redo at least once as I found I was far too low of a level to have a chance. 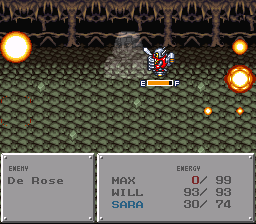 I found this to be the most true when I got to De Rose. This was the boss I reached during my last playthrough, and after grinding for a good 2 hours, I found I just couldn’t beat her, gave up and moved on to another game.

This time around, I actually checked a walkthrough, which recommended I be at about level 50 before entering the fight. I was at level 37. I was going to have to grind … and grinding in this game is TEDIOUS. I ended up grinding to about level 44 before beating her, but this took a good 4-5 hours.

The story progresses: the Hackers leader (a crab) is defeated, Dr. Einst’s plot is foiled, a new Hackers leader emerges (Blackmore), the story jumps back and forwards in time, a spaceship emerges so you can visit another planet and you end up having to save the world. 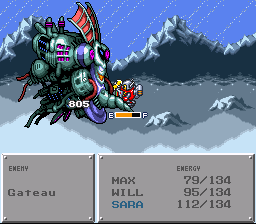 The final battle is against Gateau (the “food”-naming convention for characters and places is used throughout the game), who had something to do with using the Tetron to build a weapon or something (I can’t remember the exact story; play the game for a better description :P).

He takes two forms, but isn’t overly difficult to defeat at this point.

Overall, this game was pretty easy. The story progressed in a very linear fashion, and most puzzles were pretty straightforward to solve.

It was fun though, and though I probably won’t replay this game again in the future, I’m glad that I went through it at least once.

My screenshots are below, though it seems that the emulator I was using (Snes9x EX on my Moto G) overwrote some of my earlier images. Oh well. Enjoy :P