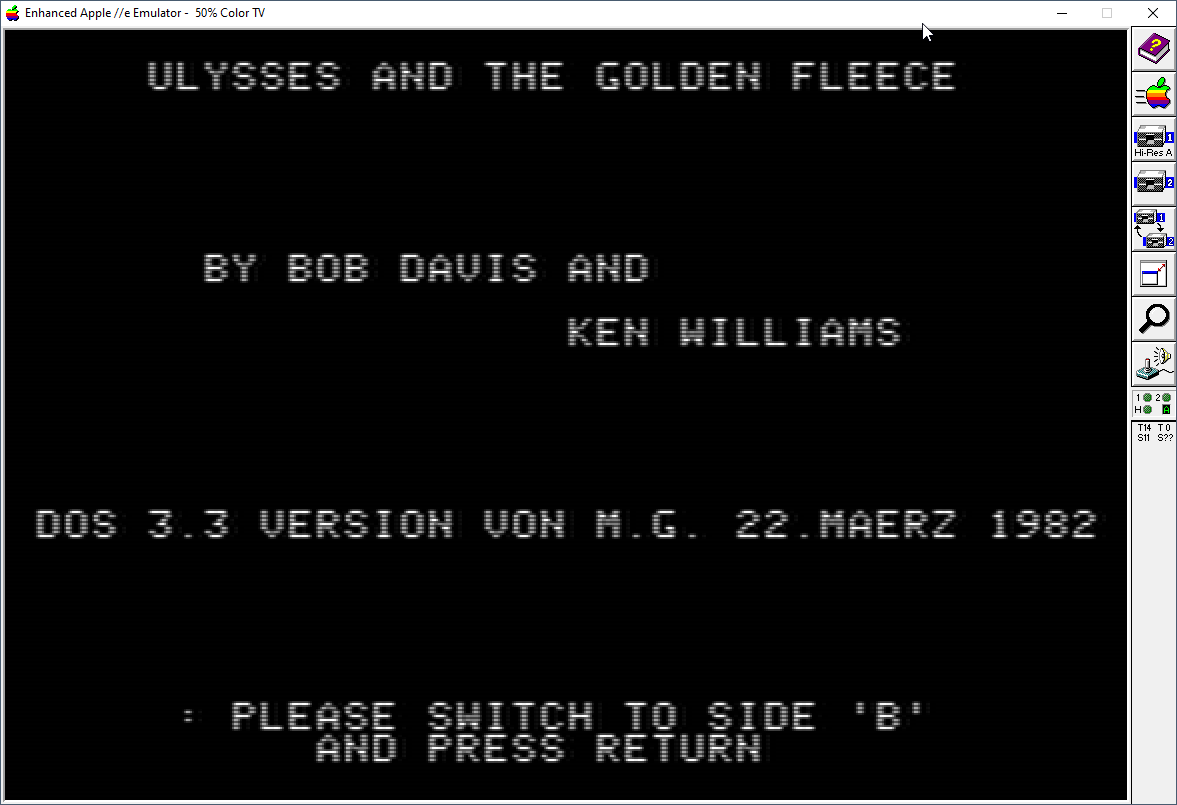 Ulysses and the Golden Fleece (also known as Hi-Res Adventure #4) is a graphic adventure game released in 1981 for the Apple II. The premise of the game is pretty straightforward: You’re in ancient Greece, the king gives you (Ulysses) the task of finding the Golden Fleece.

Though there is no title screen per-say and no music, the graphics for this game are quite a bit more elaborate than some of the earlier Hi-Res Adventure games. I actually started playing the DOS version of this game first, but having to press Scroll Lock every time there was text to scroll became so tedious I had to quit and move onto another system instead. 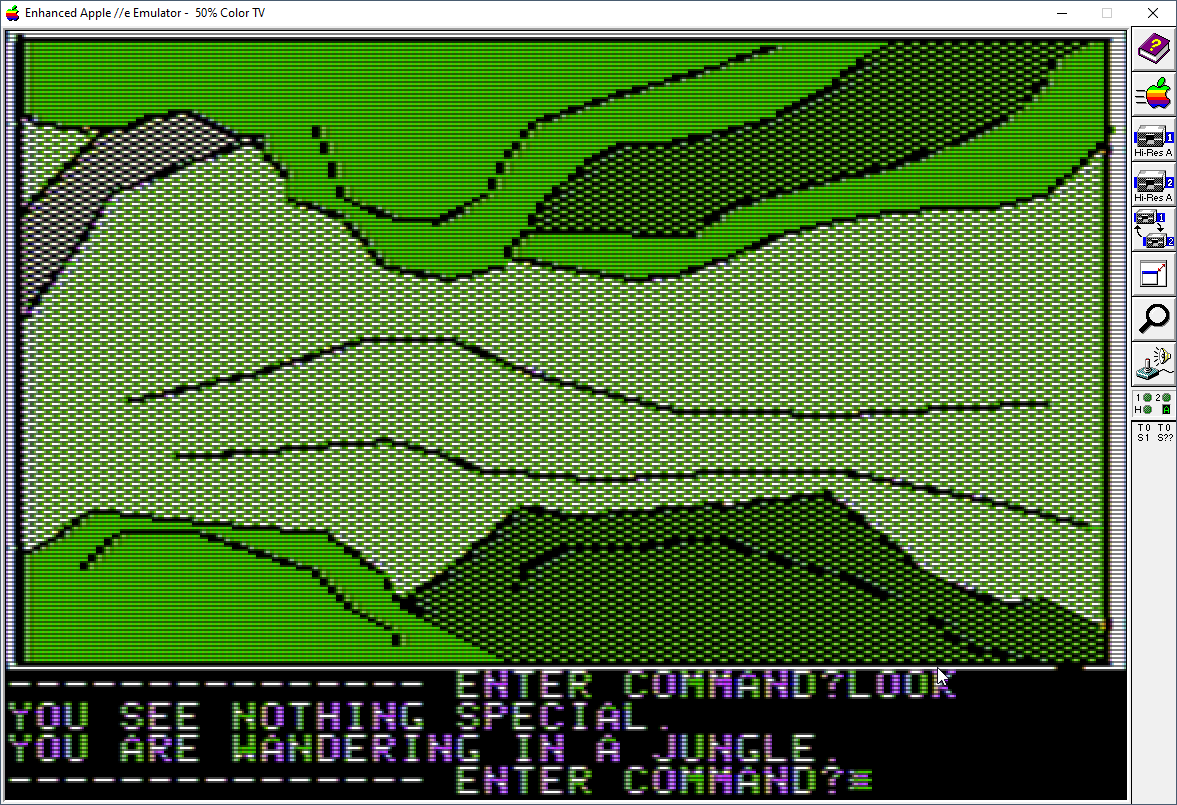 The backgrounds are well drawn, and the scenes draw you in, however as you navigate the game it feels like you’re just running through a maze. Most of the time the descriptions you’re getting for the screen you’re on is just telling you that you’re lost in a forrest, lost in the jungle, or lost at sea. I’m assuming playing through this game without a walkthrough would heavily benefit from some graph paper and a lot of saving/reloading. 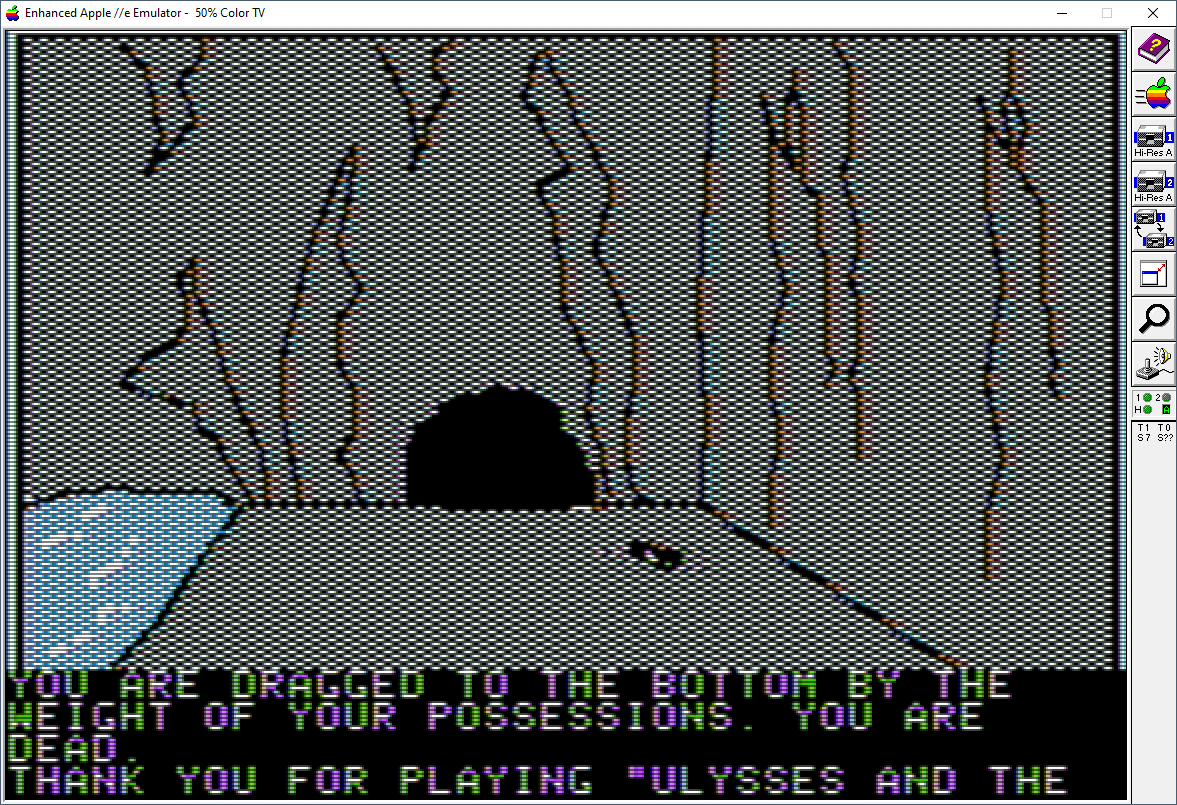 As with all On-Line System’s (and Sierra) games, the wrong move will result in death and an inevitable reload from a point further back than you’d like. Meticulous saving is the answer here, but I found myself resorting to the walkthrough to just plow through to the end.

There are plenty of puzzles, a lot of which are not really intuitive and can be very difficult to solve. Some puzzles are multi-phase in that you give a command, then the text parser will ask you a follow up question you need to respond to for the command to be fulfilled. For example, when trying to get past the sirens in the ocean, you have to TIE SELF to the mast of the ship (so you won’t go crazy from the sirens’ song). When you enter the command, the game responds with “to what”, and the correct response is TO MAST, but before actually doing this, the game asks you if you want to take this action, to which you have to reply YES. 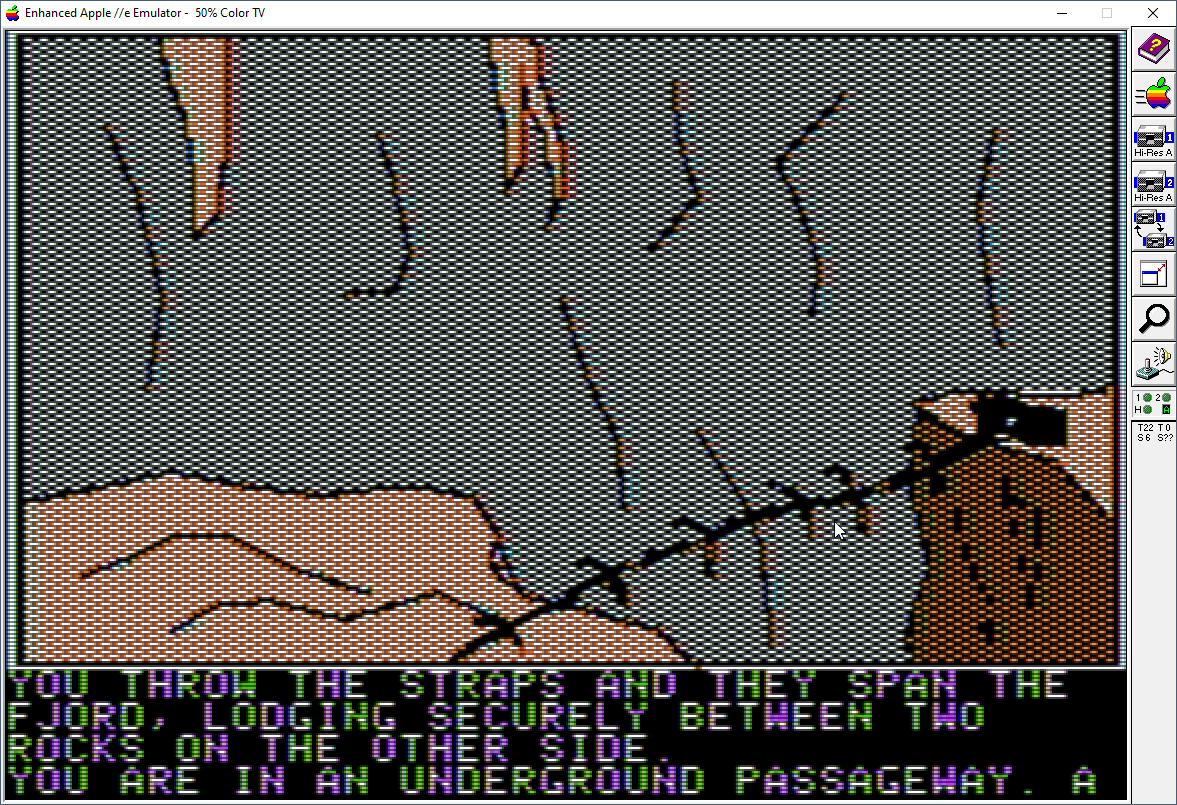 The puzzles in general aren’t intuitive, and would require A LOT of trial and error. Getting across the fjord on the Island of Storms by doing a TIE LEATER … TO LEATHER and then THROW LEATHER to make a lasso out of the leather is super confusing … especially when you have a rope!!! Full disclosure, I was using the walkthrough at this point and didn’t try the rope to see if it would work …

I’m sure if I took the time to properly explore this game I’d have learned the magic words (SEVENSEAS to get rid of the harpies, or SUPPELTUEL to open a cave door) but my patience for this title had already run out. For anyone that played this game in the early 80’s and was able to complete it on their own, my hat’s off to you. This title is just too full of monotonous maze navigation and overly complicated puzzles to be an enjoyable adventure.

That’s my 2 cents on this. The visuals are nice for 1981, but I wouldn’t recommend this title unless you’re trying to complete a bunch of similar titles for your own blog/video series ;)