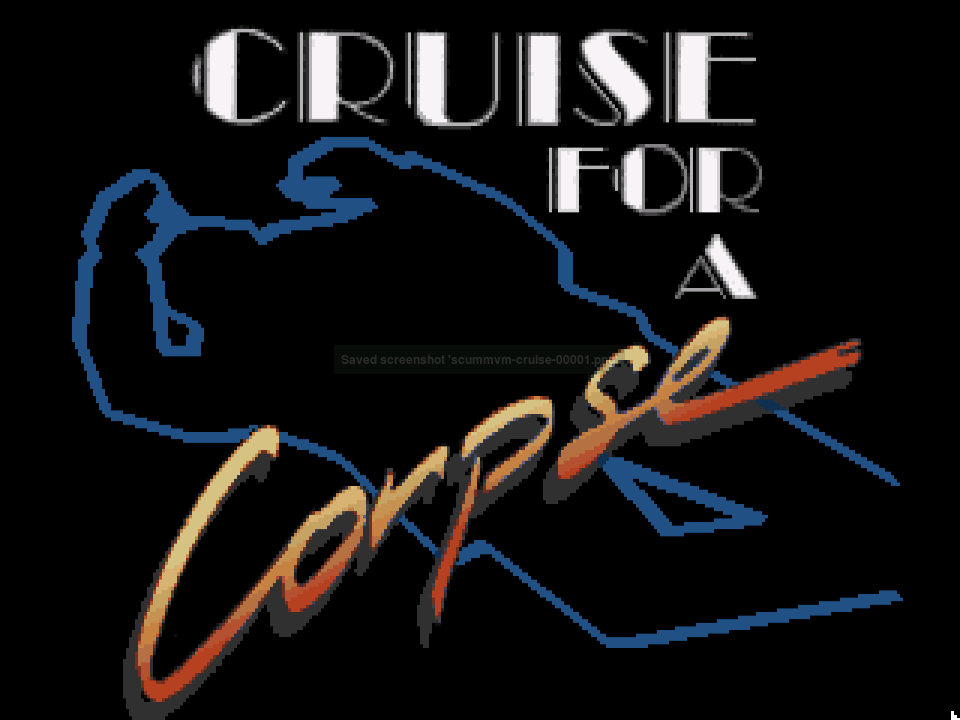 Cruise for a Corpse is designed as a murder investigation. The player assumed the role of Raoul Dusentier, a French police inspector invited to spend some time on Niklos Karaboudjan’s boat. Quickly after arriving, Karaboudjan is murdered, and the investigation begins.

The characters on the ship all seem to have their own motives and suspicions. Set over ten and a half hours, Raoul starts his investigation to find out who killed Niklos. 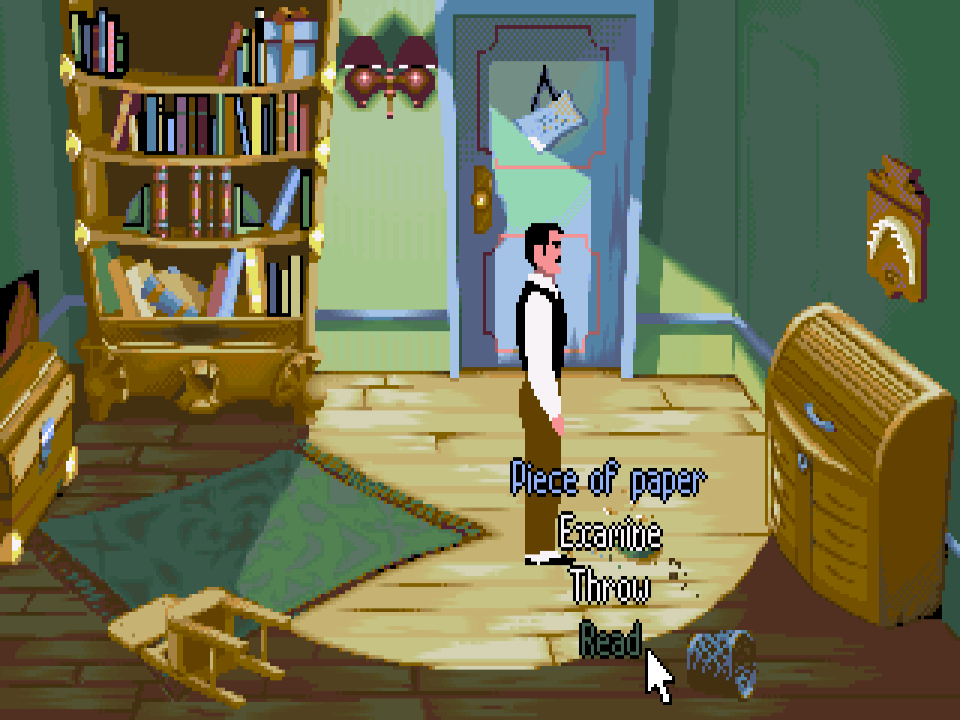 As soon as you start playing this game you are presented with a beautifully rendered backgrounds. When you start moving around Raoul moves fluidly, as if he were rotoscoped. You can move Raoul around and interact with the game world by bringing up an action menu whenever the cursor changes from an arrow.

Depending on what you’re interacting with you’ll get a different context menu. Seems pretty straightforward right? 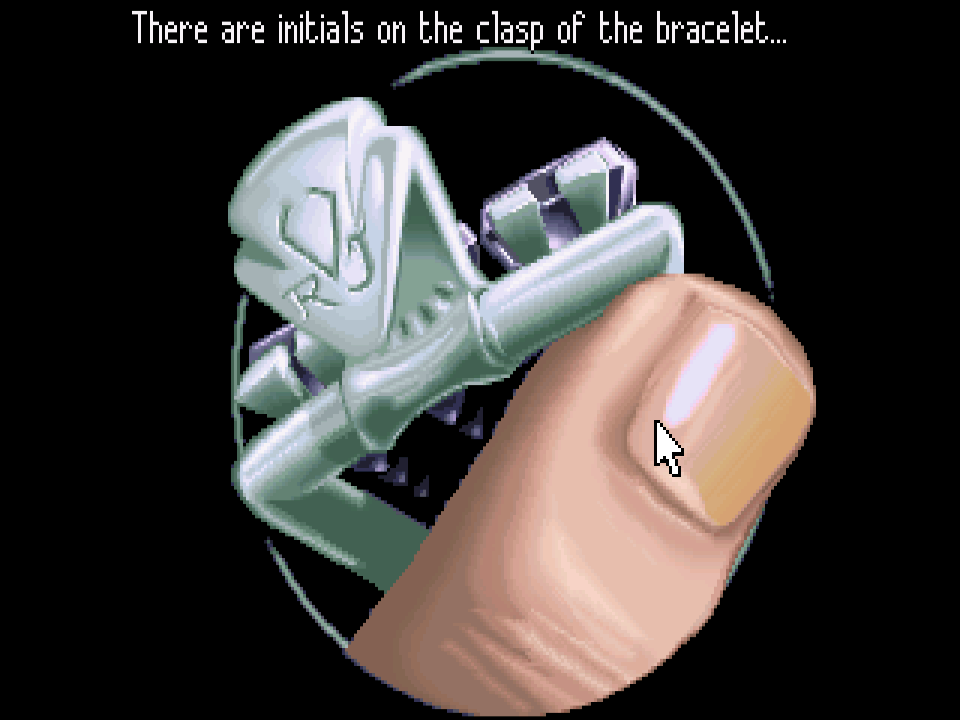 Certain interactions will give you a close up view of whatever you’ve clicked on. Again, this has all been beautifully drawn. Some close ups will also allow you to click around and interact with elements of whatever it is you’re looking at to learn more about it. 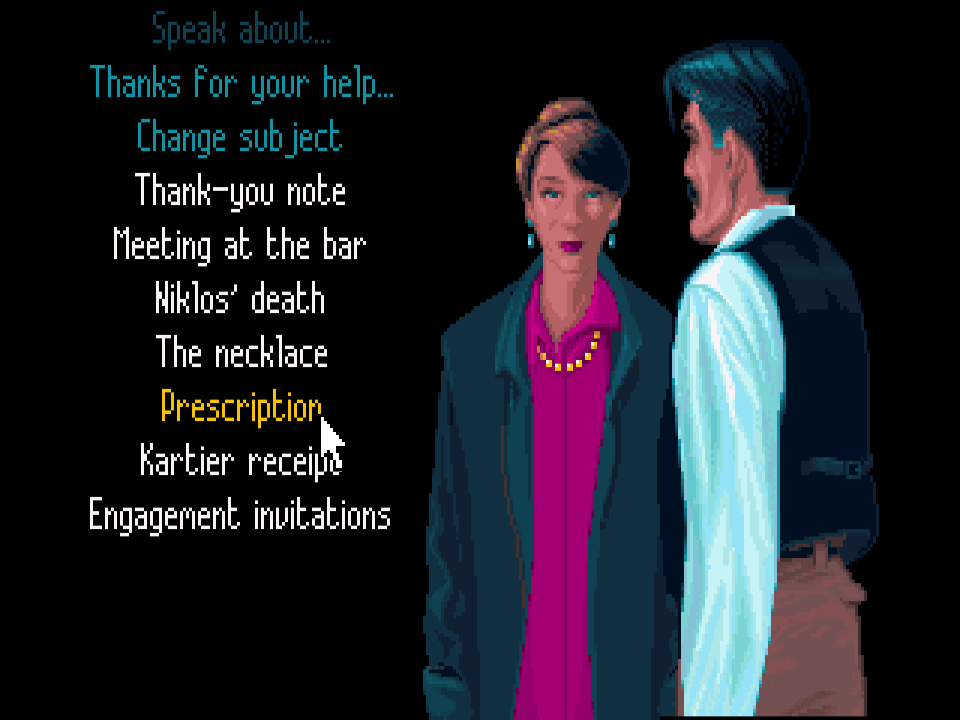 Since this game is essentially a murder mystery, you have to go around speaking to the passengers and learning about them, their motives and their relationships. As you find items by searching the ship or uncover new talking points, you can go back and try those dialogue options out on other passengers to see if you learn anything new.

Sounds like fun right? Ok … I gotta come clean here. Visually, this game looks great, but once you start playing it you’ll quickly realize it is not fun. I mean at all. Everything in this game is tedious. 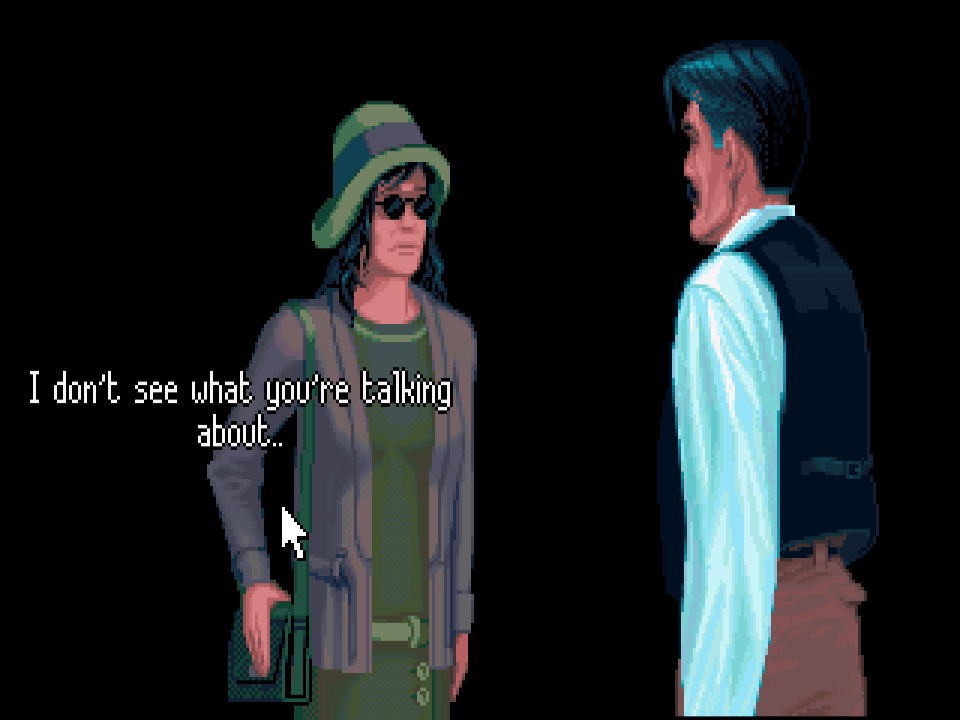 Most dialogue options are dead ends with most characters

Not only do you have to constantly backtrack every time you talk to someone and uncover more talking points, but if you happen to get lucky enough to find something to pick up, you then have to go ask everyone about that item to see if it advances the story. 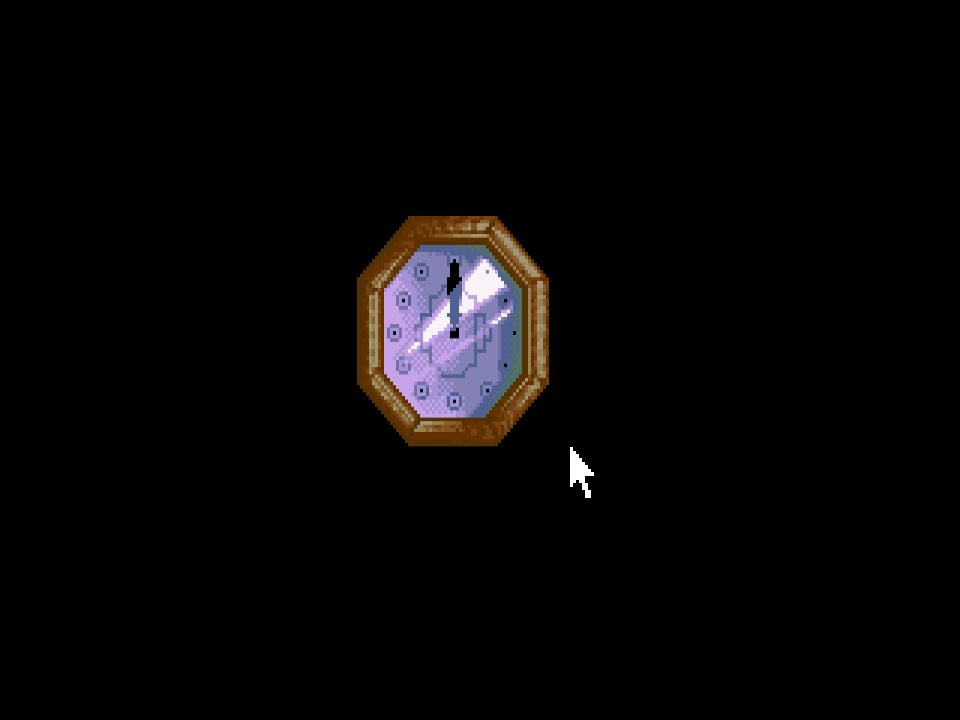 I hate this fucking clock

“Advance the story” comes in the form of the in-game clock popping up to tell you some time has passed. This means a new story point can now be explored, which means go back over the ship again trying to figure out what’s different. Who’s moved to another room? Who’s left a room? Does searching something that was previously empty now have something in it you need? 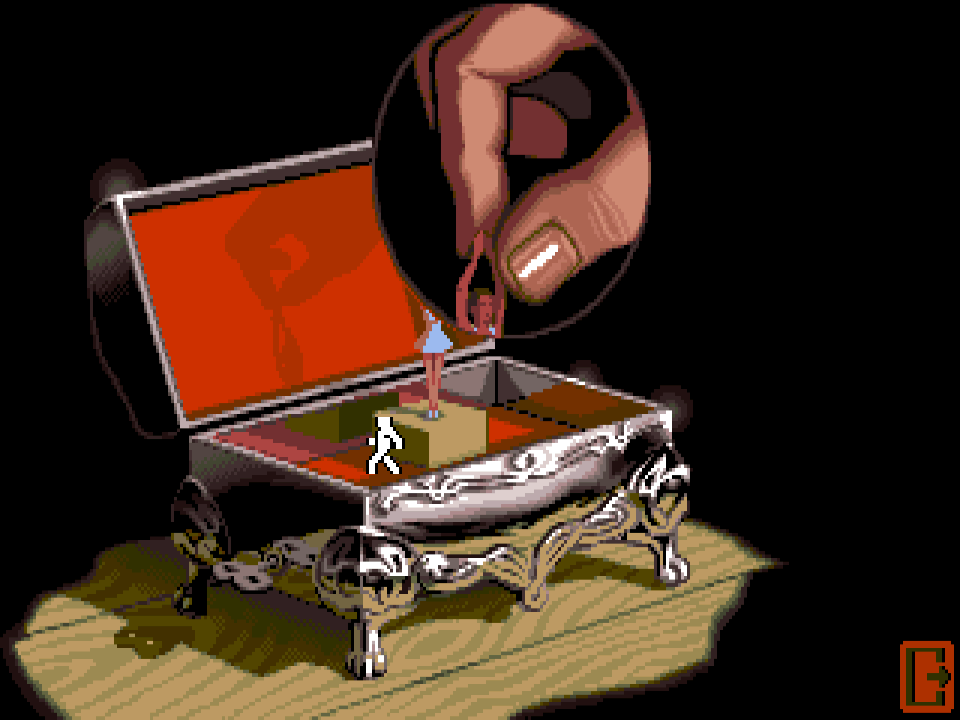 Any puzzles in the game are just item combination puzzles, and they generally don’t make sense. The game uses many references to French and Belgian pop culture … which as a Canadian player went right over my head … so I don’t know if these players would have an easier go here. 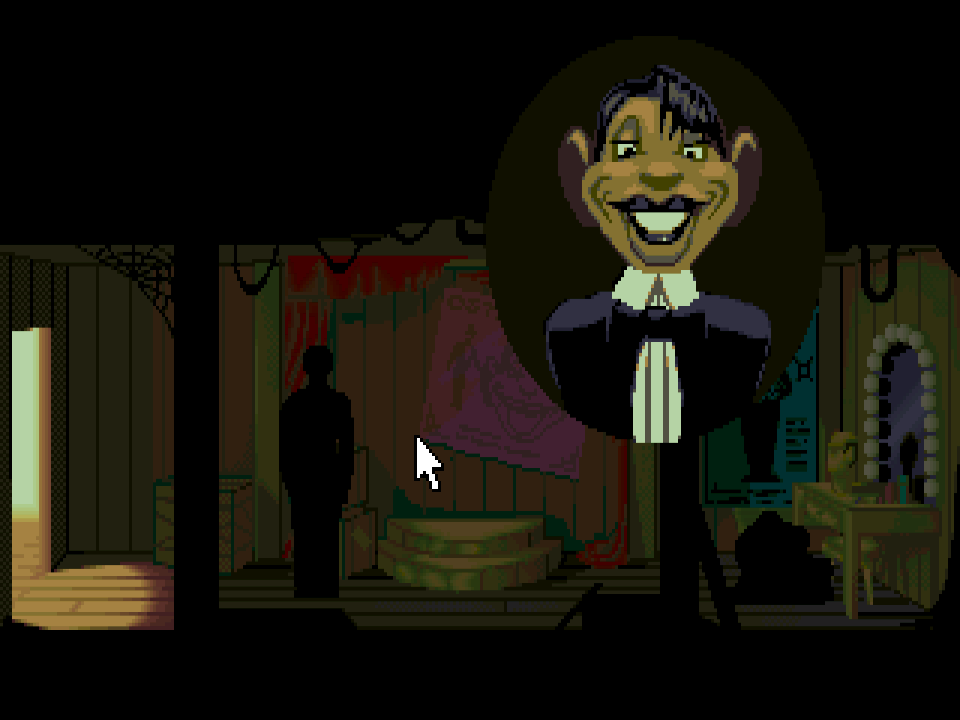 The doll kinda creeped me out

All I can really promote about this game is the artwork. It really is beautifully drawn, and the overarching story is pretty good - but the game is just so boring to play. Thankfully you don’t have to physically walk to every location as you have a map you can use to quick travel, but this only makes the experience the tiniest bit less frustrating or repetitive. 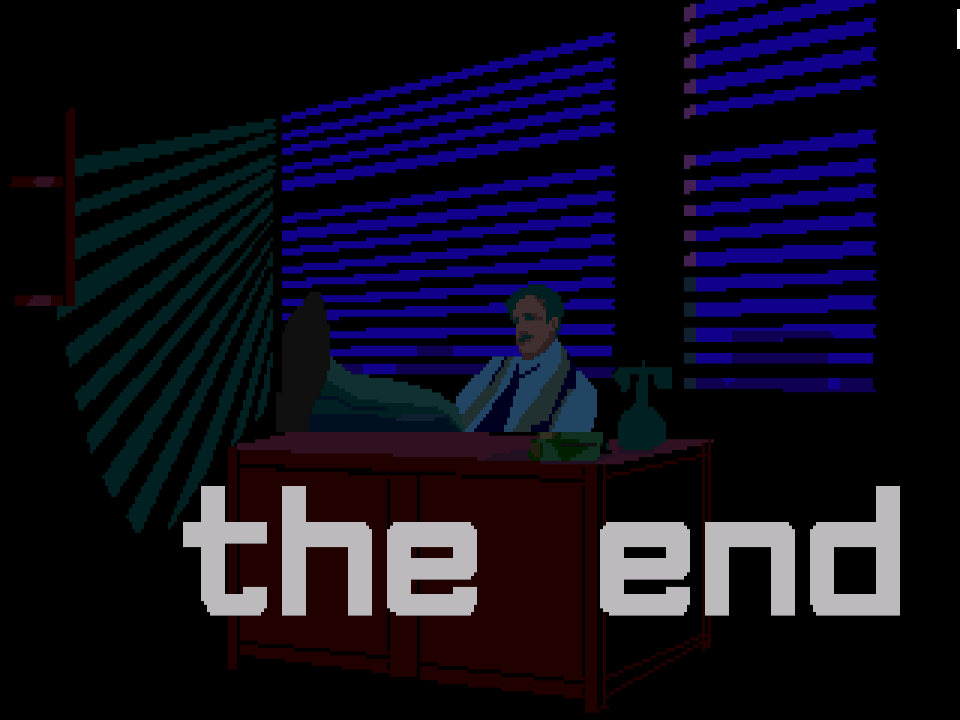 After what feels like an eternity you finally get to the endgame where you have to identify the killer. After doing so the end sequence plays out and you can exit out of this game once and for all, breathing a sigh of relief knowing you never have to revisit it again.

The game engine had a lot of promise and could have made some great adventures, but unfortunately Cruise for a Corpse is all we got.